Every year for the past eight years, the economics department has welcomed back Haverford alumni to share their experiences and knowledge of the field. This year’s panelists, Bruce Andrews ’90 and Marc Melitz ’89, discussed the economics and politics of President Trump’s trade wars alongside moderator Jennifer Kowalski ’17, a research assistant at Princeton University’s economics department.

Since taking office, President Trump has withdrawn the U.S. from the Trans-Pacific Partnership, renegotiated NAFTA, imposed stiff tariffs and quotas on steel and aluminum imports, as well as tariffs on $250 billion worth of imports from China.

“What is fascinating about this administration is that it’s so unlike any other administration in history,” said Andrews, the former Deputy Secretary of Commerce under President Obama, to a packed house.

“The current administration views imports as evil, where every dollar that comes from abroad is a dollar taken from an American worker,” explained Melitz, the David A. Wells Professor of Political Economy at Harvard University.

More than 100 students attended the event, which included an exploration of international supply chains through the lens of the construction of a Boeing 787 to an overview of the role of the digital economy in maintaining American economic supremacy.

“It was really cool to hear experts from both the academic and the government side talk about the theories we discussed in class and get to speak with them and ask questions after,” said economics major Batia Katz ’19. 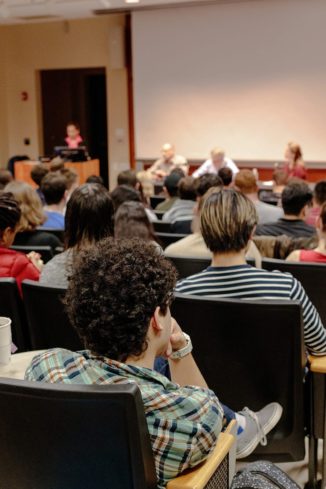 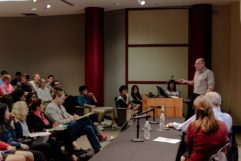 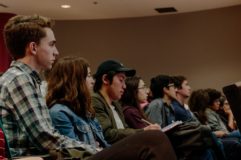 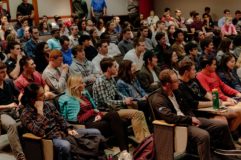 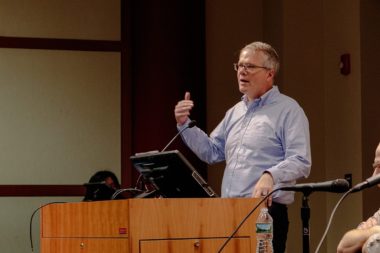 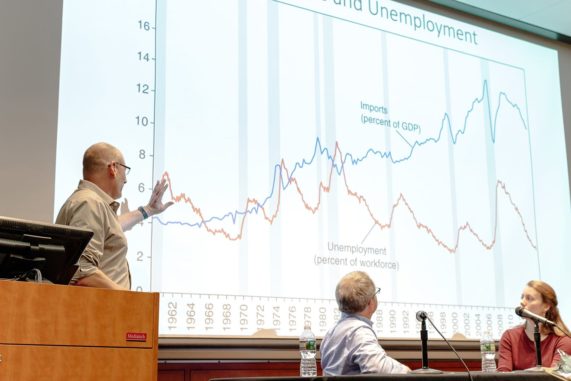