On Saturday, September 19, students showcased their summer research projects at the 11th Annual Undergraduate Science Research Symposium, hosted by the Koshland Integrated Science Center (KINSC). The daylong event included two poster sessions in Zubrow Commons and selected student talks in Sharpless Auditorium. Research was presented in a variety of fields ranging from psychology and astronomy to chemistry and computer science.

Citing differences from regular semester lab work, student researchers said they valued their summer research experiences for a variety of reasons relating to professional and personal growth. “We had to do a lot of research ourselves and learn about terms we didn’t know,” said Oluwatosin Alliyu ’18, who researched the relationship between computer algorithms and racial bias in the use of voice recognition software to screen job applicants with Assistant Professor of Computer Science Sorelle Friedler. “And while I did have a mentor who taught me a lot about this subject, we were also able to exchange ideas and constructive criticism on an equal level.” (Alliyu is continuing that research this year.)

Chris Garling ’17, who spent his summer studying the Hercules ultra-faint dwarf galaxy for signs of tidal disruption using RR Lyrae variable stars, was one of the student speakers at the symposium. One of the main goals of his research, he said, was to help lessen the lack of concrete dwarf galaxy discoveries compared to what simulations predict in modern astronomy. He also said that the most important skill he gained from his experience is “the ability to balance my time between reading the literature and working on the analysis of data, so I can move a project forward while understanding the science properly.” Garling hopes to eventually research similar topics in graduate school. 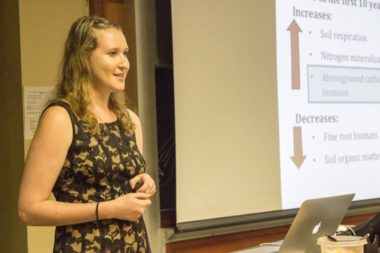 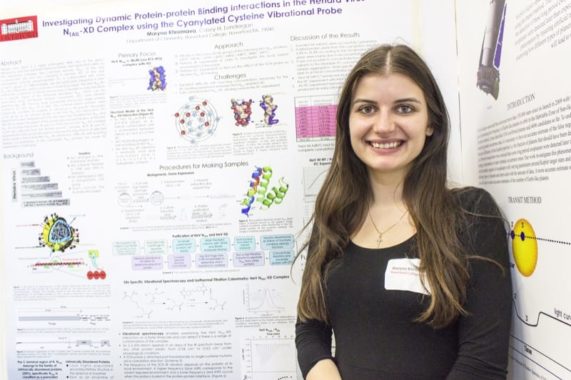 Interested in undertaking your own KINSC-sponsored research next summer? Learn more about the Center’s different research opportunities.