Though only in its second year of existence, Nerd House, a community housing group dedicated to bringing together “gaming, tech, TV, fantasy, anime, and science aficionados, as well as all other variety of geek,” was a major contributor to programming during Haverfest weekend. They hosted hosted a Mario Kart tournament, an Oaks Day party, an indoor group games activity,  a Kentucky Derby viewing party, a glow-in-the-dark dance party, and their own mini Renaissance Faire.

Inspired by the “fantasy combat experience” they hosted at last year’s Haverfest (in which attendees made swords out of PVC pipes and foam and participated in large battles), they expanded their Ren Faire activities this year to include a dunk tank, kite-making, javelin throwing, a horseshoe toss, a pancake-eating contest (thanks to help from the Dining Center), and mock jousting. 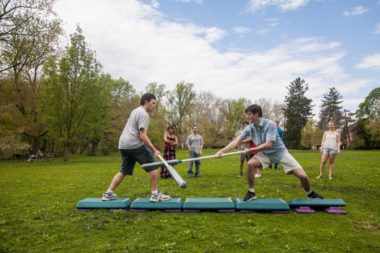 Jousting at the Ren Faire 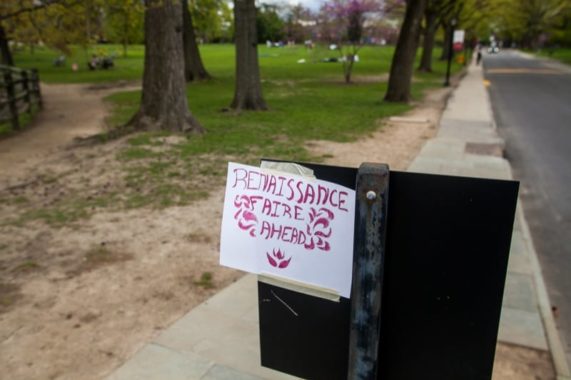 “We were extraordinarily pleased with the turnout,” wrote the Nerd House residents via group email. “Over the event’s four hours, a great number of people came to our various activities, including many students and also a large number of children and their parents from the surrounding area. It really exceeded our expectations.”

You can read more about Nerd House’s extensive weekly programming on their Tumblr.