The rock musical Spring Awakening, about teenage sexual confusion and parental repression in late-19th-century Germany, became a big Broadway hit when it premiered in 2006. Based on a play by German dramatist Frank Wedekind, the show garnered 8 Tony Awards, including best musical, best book, and best score (by rock musician Duncan Sheik). The Bi-Co theater group Greasepaint brought some of that magic to Haverford with its own ambitious production of Spring Awakening, which sold out most of its seven performances over two weekends in April in the Dining Center’s Black Box Theater.

The show, which featured a cast of 12, and live music performed by a nine-piece ensemble, was directed and choreographed by Karina Wiener ’15. Working with Wiener as musical director of the production was University of Pennsylvania senior Christopher Duncan-Lewis, who has done eight shows with Greasepaint.

Wiener, a chemistry major who has been acting and directing since high school, describes Spring Awakening (one of her favorite shows) as a “tragic story colored with humor and exciting song and dance.” She also sees it as a timeless piece, “relevant to anyone who’s ever been a teenager.” Writing in the program notes for the show, Wiener called the sad fate of the teenagers in Spring Awakening “a cautionary tale of what can go wrong when there is a lack of communication and understanding,” and observed: “As Bi-Co students, we live in a community that encourages the kind of communication that Spring Awakening lacks—we ought to take advantage of the level of agency we are given.” 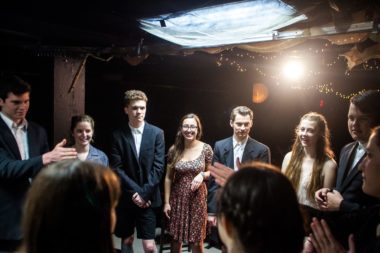 The band sets up before the show.

Wilson Sinclair ’15 and Abby Moylan BMC ’16 before the show begins. 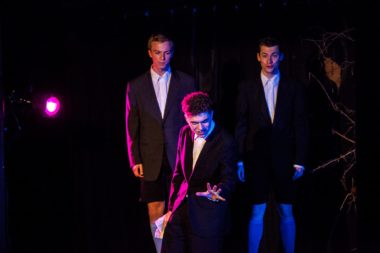 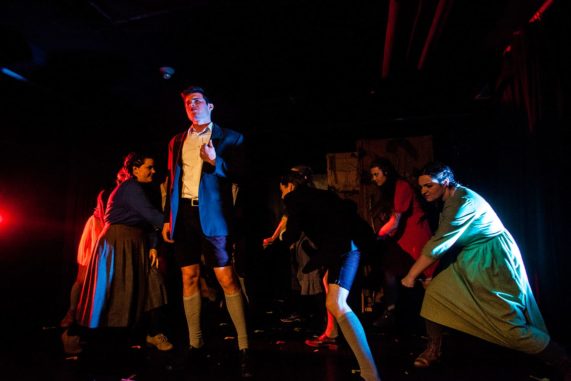