Has spring really sprung? This crazy winter, which featured a snow shower on the official start of spring back on March 20 no less, had us fearing whether sunshine and warmer temps would ever reappear. But fear no more. Pinwheel Day 2015 is here—marking Haverford College’s declaration that spring is really, truly here. 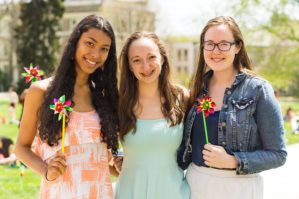 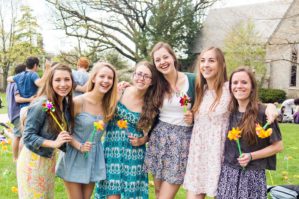 Juniors Grace Mangigian, Claire Brennan, Kimberly Conrad, Kaziah White, Natalia Gutierrez-Jones, and Laura Marono celebrate Pinwheel Day together. They will all be dorming together during their senior year. 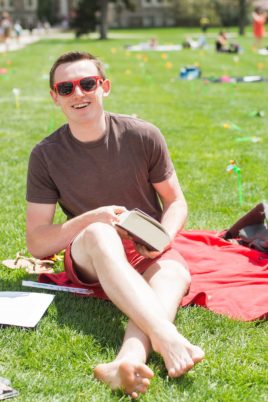 Robert Hillinck ’15 reads a book on the green. 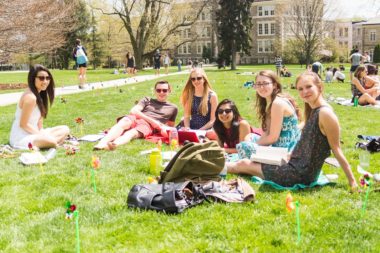 Danny Rothschild ’15, Jessie Smart ’18, and Peter Durlacher ’17 lounge under the tree on Founders. 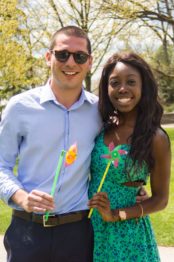 Rrap Kryeziu ’16 and Marilyn Baffoe-Bonnie ’16 stroll through the pinwheels on Founders Green. 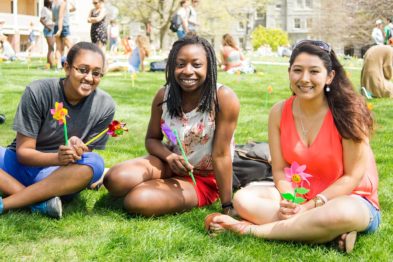 This is the day everyone on campus has eagerly awaited, and awaited, and the colorful spinning pinwheels on Founders Green look especially delightful after such a dreary and never-ending winter. The whimsical tradition appears to have taken root sometime during the 1990s. A secret clan of Fords plants the Green under the dark of night with a full field of festive pinwheels that greet one and all the next day. Students, of course, are joining in the spirit of the season today as they fill the Green to toss Frisbees, eat lunch, sunbathe, and groove to music, both recorded and live. 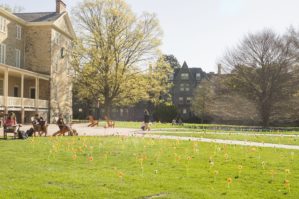 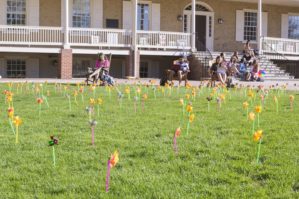 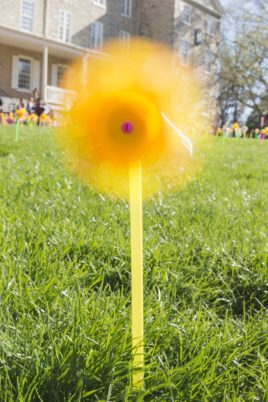 It’s a pinwheel kind of day! 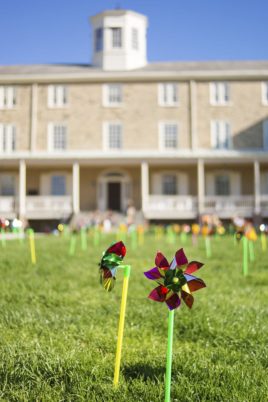 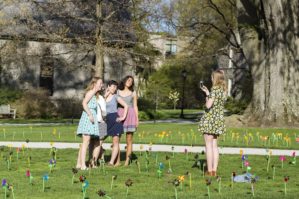 Students snap pictures of Pinwheel Day, Haverford’s nod to the start of spring. 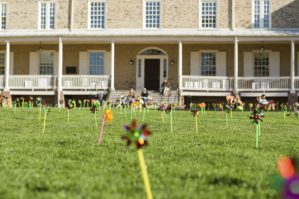 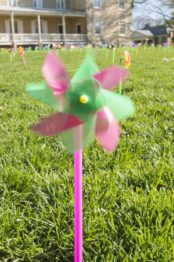 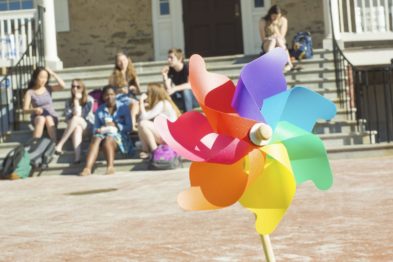