WHAT: Haverford’s pickup ice hockey team, Lame Ducks, knows that the key to de-stressing after a long week is to grab a hockey stick and join some friends out on the ice. Team captains Turner Johnson ’22 and Freddie Gould ’22 both joined the team last semester, and fell in love with the welcoming and supportive environment. “When I came to college, I was really excited to get involved in a community where ice hockey was an actual interest,” said Johnson. “I’m from L.A. and I only know a few hockey fans from back home. Lame Ducks turned out to be everything I hoped it would be. Our leader from last year, Noah Tsao, was a particularly big part of that. He was always extremely friendly and open to anyone who wanted to play hockey, and I hope Lame Ducks will carry on the same legacy under our leadership.”

WHO: Johnson, Gould, and treasurer Jackson Bayer ’22 welcome everyone to the rink.

“Anyone and everyone should join! We cater to all different ability levels, whether you’ve never skated before or you’ve played hockey your whole life,” said Gould. “Playing hockey and skating are hard things to do, but we provide all the means to learn and have fun with people of similar skill levels.”

WHEN: “We meet eight times per semester on Sundays, generally from leaving from the South Lot at 10:00 p.m. and returning a couple hours later,” said Gould. “We wish people knew that the club is open to all skill levels and that we stop at Wawa!” Adds Johnson, “We take a 15 minute drive to the Havertown Skatium, and many people choose to drive on their own and meet us there. Anyone who wants to try hockey or get back into hockey should come out. It’s a very low-pressure environment and particularly fun with a group of friends.”

DID YOU KNOW?: The Ducks are one of Haverford’s oldest clubs, and have been around since the 1980s! Several generations of alumni able to recall their days on the ice.

GET INVOLVED: Any interested students can assemble Sundays at 10 p.m. in the South Lot for a ride to the rink. “I think we’ve curated a pretty good playlist for the drive over,” said Johnson. “One of the big things we love about Lame Ducks is just the opportunity to play hockey and enjoy the community. Skating is an exhilarating activity whether it’s your first or thousandth time on the ice, and doing it with your friends make it a lot of fun. A nice trip to Wawa late on a Sunday night also makes everything better.” 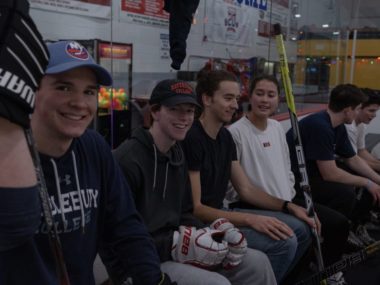 The Lame Ducks practice late at night on Sundays at the Havertown Skatium. 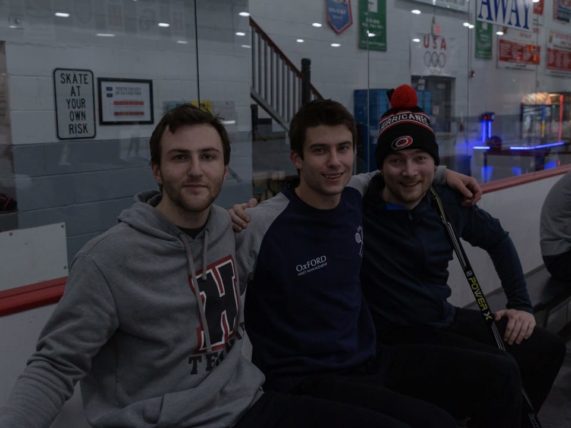