What if we saw sadness not as a giving up or giving in, but a getting out? What if, instead of being seen as a passive pain, feeling deep sorrow was understood to be an act of resistance? What if, given the current political and cultural moment in which so many feel ignored, maligned, or repudiated by the systems and people in power, mourning was not just an understandable reaction, but a useful action against those systems? A new exhibit in Haverford College’s Cantor Fitzgerald Gallery, Unwilling: Exercises in Melancholy, showcases the work of five artists (Justine A. Chambers, Mike Bourscheid, Ginger Brooks Takahashi, Noa Giniger, Billy-Ray Belcourt) from across media to propose a re-consideration of melancholia defined through our contemporary condition.

The exhibit opened Friday, March 23, with a gallery talk with curators by Vanessa Kwan and Kimberly Phillips and a reception. One of the show’s pieces, a site-specific dance performance by Justine A. Chambers that explores choreographies of resistance, took place all day across campus and ended in the gallery during the opening reception.

Dance is just one of the different disciplines showcased in Unwilling. There is also sculpture, video, collage from steel engraving, and Ginger Brooks Takahashi’s piece, Wyrt Blod Gruyt, is a custom-made beer commissioned specifically for the exhibit and brewed in collaboration with Meredith Rebar Williams and Home Brewed Events. (That beer was served to over-21-year-old guests at the opening.)

More of Takahashi’s beer is currently fermenting in the gallery; you can view it—and the rest of Unwilling—through April 27. 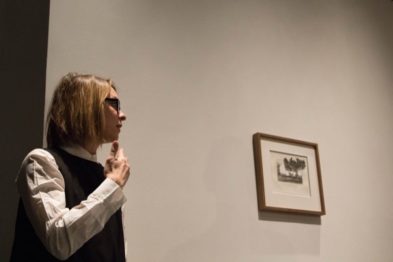 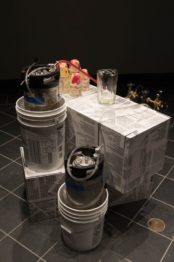 Locally brewed beer was crafted for the event and then served. Photo by Dex Coen Gilbert ’21. 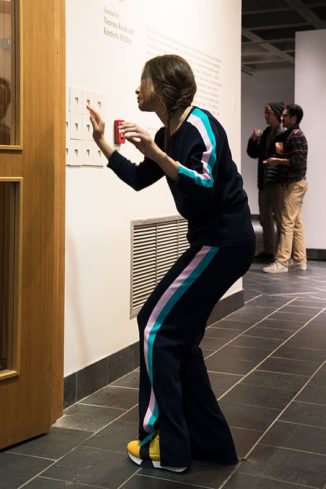 Justine A. Chambers finishing her dance performance in the gallery. Photo by Lisa Boughter. 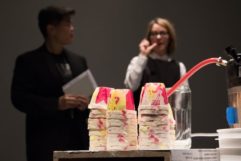 Locally brewed beer was crafted for the event and then served. In the background: the curators. Photo by Dex Coen Gilbert ’21. 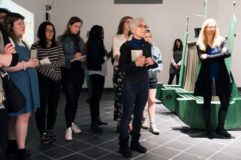 Visitors taking in the art at the opening. Photo by Lisa Boughter. 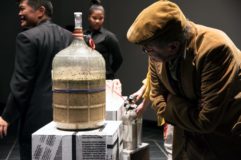 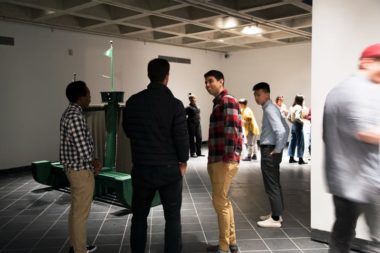 The crowd at the opening reception. Photo by Lisa Boughter.