Class name: “The Anthropology of Architecture”

Here’s what Culberston had to say about his class:

This class is a broad survey of possible anthropological ways of studying architecture, but it is largely grounded in the relationships between buildings and senses of place. It progresses through a series of thematic units: building and dwelling, indigenous and vernacular architectures, modern architecture, ecological design, and humanitarian design. Overall, though, it’s really concerned with the symbolism that is invested in diverse kinds of buildings, how those buildings structure people’s lives and movements, and how buildings reflect the historical contexts in which they are initially built and subsequently modified over time. In that sense, there’s a real value in looking to non-European architectural traditions because they can unsettle some of the fundamental of concepts that underwrite architecture as a modern profession. I like to think of builders of various stripes as analogous to anthropologists in this regard: buildings are materializations of very well-developed notions of what humans are, how they relate to their environments, where creativity comes from, and how the material stuff that surrounds us also mediates our social relationships (kinship, politics, economy, etc.), such that buildings and the “stuff” that moves through them are very much alive as social actors in their own rights. Of course, these phenomena are the traditional purview of cultural anthropology.

The class is definitely a product of my own esoteric interests in architecture and has a number of inspirations. Though I’m trained as an anthropologist, I’ve also taught in university design studios, where students practice a very different mode of thought from anthropology’s conventions of reading and writing. Architecture students “think through making”— they take abstract concepts and tinker with them, model them in various media, and arrive at a final product through many iterations. I love this method and think its invaluable for thinking about the materiality of concepts. But it can also sacrifice some critical intellectual work—work that happens in words. In this class, we try to strike a balance between thinking critically and experimentally, in a spirit of “serious play,” with magic markers, butcher paper, and writing assignments.

Second, I’ve also trained for years as an apprentice in traditional Maori woodcarving in New Zealand. Maori meeting houses embody important ancestors, with a human anatomy and pervaded by various “life forces.” In our class, we discuss that notion of living buildings in various cultural settings, but it’s also in the background of all of my own thinking and teaching about architecture. For example, what do we need to imagine to be able to see Lincoln Center as a living ancestor? Or an “earthship” made of dirt and old tires? Or a shopping mall? That’s a way of interrogating the metaphor, to glean some insight from indigenous architectures and also to see the limits of such translations across very different contexts (that is, to ask to what extent we can or should generalize the myriad relationships between bodies and buildings, or houses and landscapes, for example).

Finally, we try to put these two themes together: “thinking through making” and borrowing ideas from vernacular architectures. I frequently harp on an insight from Walter Benjamin, the critical theorist: to paraphrase, architecture works on us in a state of distraction, and we don’t really know how to notice what it does to our minds and bodies and relationships. Of course, if anyone would know about this it would be architects and builders. But then they come up with such different answers to what buildings do, or what they should do, or why they matter! So, by looking to this diversity of architectural concepts we can both unsettle what we take for granted about built environments and also imagine our lives, bodies, and places from very different perspectives. That in turn trains our attention in new ways, I hope.

There’s an ethical paradox in this: modern architecture has a long history of fetishizing indigenous material culture (as being idyllic and close to nature, even magical), yet more than ever we “moderns” need alternatives to a grossly consumerist, alienating, and ecologically devastating building culture run amok… if only we knew how to listen and notice. We dwell on that problem as much as possible. 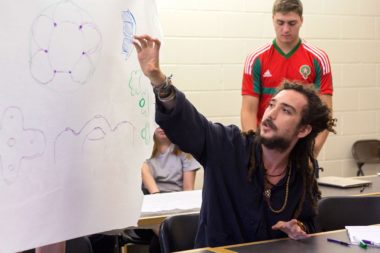 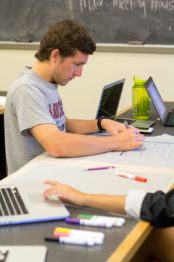 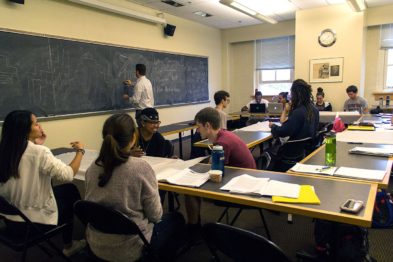 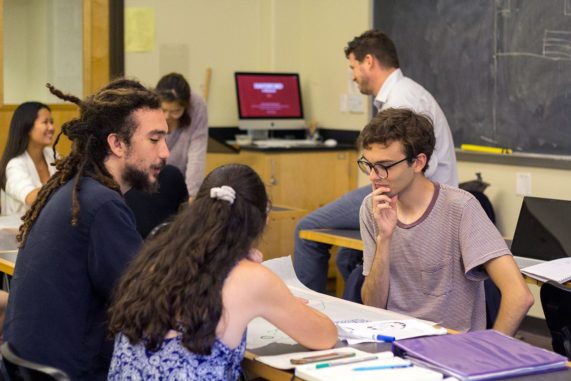 See what other courses the Department of Anthropology is offering this semester.