One hundred years ago, several members from the Haverford Class of 1867 fulfilled a graduation pact and met for dinner with the graduating Class of 1917. Half a century after that first dinner, the Class of 1917 came together for another dinner, this time with the Class of 1967, and last Thursday, in the dinner’s third iteration, the soon-to-be-graduated Class of 2017 ate with the Class of 1967. That initial meeting, between men molded in the Civil War era and those shaped by the First World War, inaugurated a semicentennial pattern of jubilee dinners between each class of ’17 and ’67.

For its latest occurrence, sponsored by Haverford’s Institutional Advancement office and organized by Chuck Hardy ’67, roughly 20 students and alumni convened at the nearby White Dog Cafe. “It’s such a bizarre, wonderful thing,” said Hubert Herring ’67. “I think it’s terrific.”

Because it happens so infrequently, the 100-year-old tradition remains “a well-kept secret,” said Bill Schauman ’67, and each meeting is markedly different from the last. This year’s dinner, for example, was the first to feature women. (Haverford was not yet co-ed in 1967.)

But despite such differences, there are also plenty of similarities. All four classes that have attended the dinner over the years attended Haverford during tumultuous political times.

“If you look at it in snapshots, it’s kind of similar,” said Hannah Krohn ‘17. Indeed, the different classes attended Haverford, respectively, during the Civil War, World War I, the Vietnam War, and the current, ongoing conflicts in Syria and Afghanistan.

At once point, Schauman took out his phone and displayed a scanned document, written by late Professor of Physics Bill Davidon, the notably subversive faculty member who helped mastermind a 1971 break in at an FBI office in Media, Pa. The document contained advice to Haverford members of the Classes of ’67 and ’68 on how to avoid the military draft. Schuaman was just one of the many students the letter addressed.

But the main topic of discussion was everyone’s shared alma mater. The Fords, both old and young, were eager to discuss what has remained constant about Haverford, as well as what has changed drastically over the last half-century. Herring, for instance, wondered when exactly the school went co-ed (the answer: 1980), and how it had changed the relationship with Bryn Mawr. And everyone enjoyed looking through Commencement programs from 1867, 1917, and 1967, as well as the Bryn Mawr and Haverford yearbooks from 1967.

“I always love hearing about the history of Haverford,” said Krohn, who, with a Haverford alumnus for an uncle and a Bryn Mawr alumna for a mother, is part of a Bi-Co legacy of her own. “I feel like I often don’t get to hear about people’s lived experiences here. I’m proud of Haverford for what it’s been able to hold on to and what it’s improved on.”

Bob Gorchov ’67, who studied philosophy was the only alum in attendance who attended the previous dinner as a senior, brought notes that he had written at the event 50 years ago. “There were five of us, and I forget how many from the class of 1917, but they were very distinguished,” he said. “There was a professor and a doctor and a financier and someone who worked for the Wall Street Journal… It was neat.”

“That was really cool to see what their dinner was like, and see what they reported on. After reading that, I thought ‘I definitely want to be a part of that 100 years later,’” said Willa Gutfreund ’17.

It’s hard to say where Haverford or the world will be in 2067. This year’s graduating class is sure to have a say in it—the now-alumni, with Haverford degrees under their belts, have their whole professional careers ahead of them. No matter where they end up, the young Fords at the dinner say they hope to keep the dinner tradition alive, and look forward to, in 50 years time, eating with and meeting  a class full of people who haven’t even been born yet. In the meantime, they got the opportunity to dine with a group of Fords that came of age amidst counterculture, political unrest, and revolutionary pop music. Perhaps the class of 2067 will be saying the same thing about the class of 2017. 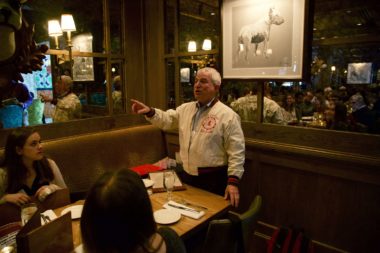 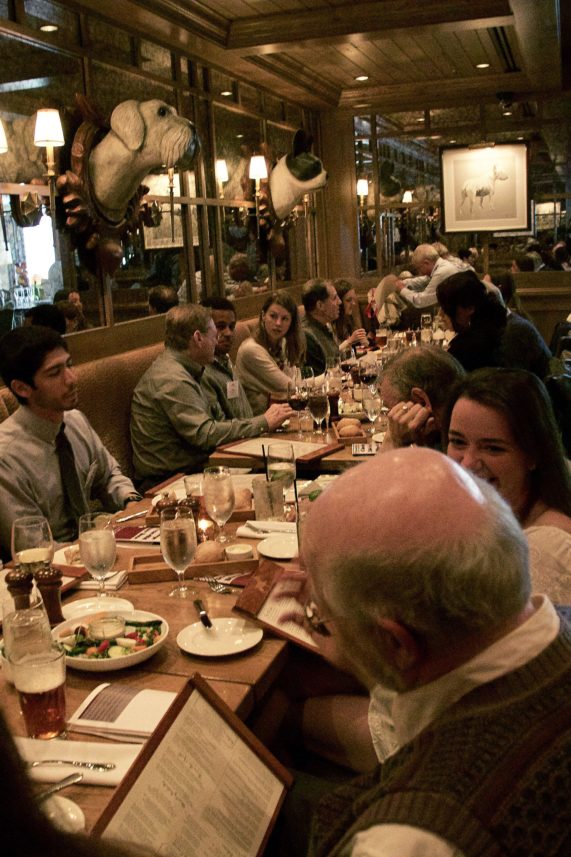