There is a lot that is unique about Haverford. Conventional campus lore often highlights the College’s surprisingly high number of a cappella groups or unofficial mascot names. Cope Field is home to the nation’s only NCAA-sponsored collegiate cricket team. And of course, the student-administered, 120-year-old Honor Code is a relative rarity.

But on the western end of campus, sticking up over a collection of athletic fields, Strawbridge Observatory marks yet another uncommon attribute for a school of Haverford’s size. The building’s two-domed structure houses shelves stacked high with scientific literature, as well as classroom space and two Schmidt-Cassegrain telescopes, sized at 12 and 16 inches. The Observatory is used regularly for classwork and public-viewing events, and astronomy remains a celebrated subject of study at Haverford. But did you know that its history at the College spans more than 150 years?

Back in 2015, then-sophomore Victor Medina Del Toro decided that he was going to hit the archives and see how it all began. He was awarded the Joseph E. O’Donnell Student Library Research Internship, an annual position granted to students conducting summer research with library staff and a particular faculty advisor. During his internship, and beyond, he studied the history of astronomy at the College, and now his two years of work have culminated in Expanding the Universe: Astronomy and the Telescope, an exhibition he curated in Magill Library’s Sharpless Gallery.

As viewers walk through the gallery, they are guided through the early history of the telescope and its observational inefficacies before situating that within the College’s own astronomical past. Working with Associate Professor of History Darin Hayton, Medina Del Toro started with a broad inquiry into Haverford’s history of the field, and then centered his narrative on the telescope’s progression, or lack thereof.

“Darin had ideas and questions as to why there were sundials all over campus, but also why, as a small institution, we had an observatory,” explained Medina Del Toro during his curator’s talk. “From there, we started looking into why we had the need for a telescope, and why we sought an observatory… Through the collections here, I sought to find the different ways the telescope developed and what role it played in astronomy.”

The exhibition explains that the progression in telescope technology and the expansion of astronomical research did not share a linear relationship. Conceiving the universe, evidently, was a slow process. The College’s first telescope, purchased from renowned telescope maker Henry Fitz in 1857, was an apt case study for the exhibition’s concepts. Though the telescope and its accompanying observatory structure were a huge upgrade from the 10-by-10-foot “shack” used by then-Professor of Mathematics John Gummere, it received relatively little use for several decades.

“This was actually a problem in American education at the time, where science wasn’t really present in education… Science was learned by trade,” said Medina Del Toro. Astronomy, he explained, was a practical or vocational skill for the purpose of navigation. With a limited number of clear nights being divided among the telescope’s funders, students, and professors, scientific research was put on the back-burner until the College acquired a second telescope in the 1880s. Thus, Strawbridge Observatory now boasts two domes. (Continued below the gallery.) 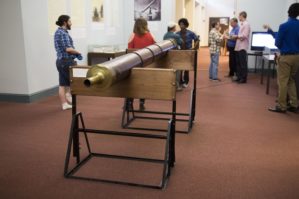 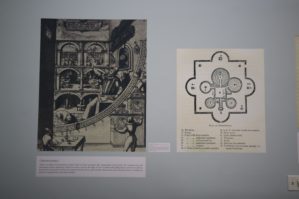 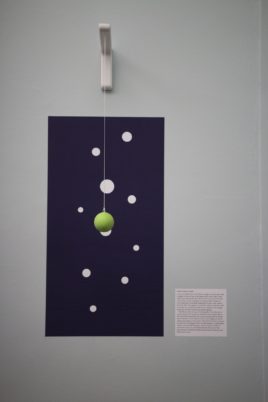 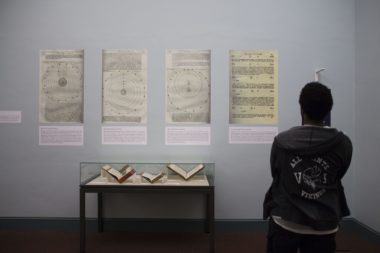 Medina Del Toro drew from extensive archival material right next door to the Sharpless Gallery in the library’s Quaker and Special Collections. Aided by College Archivist Krista Oldham and Curator of Rare Books and Manuscripts and Head of Quaker and Special Collections Sarah Horowitz, Medina sifted through materials ranging from publications by Copernicus to writings by former College President Isaac Sharpless. As part of the process, he leaned on an extensive support network that included Hayton, Librarian of the College Terry Snyder, Library Conservator Bruce Bumbarger, and Coordinator for Digital Scholarship and Research Services Mike Zarafonetis.

“As a historian of science, I was most interested in watching Victor move away from a simple story about how we are smarter now than we were then,” said Hayton. “I really like how he used the telescope—a social, political, economic, scientific thing—to tell his story about astronomy. I think that reflects real intellectual growth.”

Another way that Haverford is unique: Though the College offers no museum studies program, it gives its students from across the disciplinary spectrum many opportunities to play curator for exhibits. Medina Del Toro, a history major, is but one example. Earlier this semester, in February, political science major Sophie McGlynn ‘18 helped to curate an exhibit on the centennial of the American Friends Service Committee. And back in November, English major Courtney Carter ‘17 co-curated another Sharpless Gallery exhibit of portraits by artist Riva Lehrer.

“Over two years, I learned how to write for the public, not a professor,” said Medina Del Toro of the experience of curating an exhibit. “I learned how to choose materials to build and illustrate the narrative. I learned how the precise spacing between lines of text and images affect the public’s enjoyment of the exhibition. I learned that some concepts are better shown than explained.”

The exhibition will be on display in the library through July 28.