April Fools’ Day came early to the Koshland Integrated Natural Sciences Center. Every year, students in biology, chemistry, physics, psychology, computer science, and mathematics decorate their building on the first of April as a way to mark the silly, prank-filled holiday. But since April 1 was on a Saturday in 2017, they brought their streamers, drawings, posters, balloons, and other homemade decorations to the KINSC on Friday, March 31.

As is tradition, each department was decorated according to a theme. The Biology Department, this year, brought visitors to Springfield, with a Simpsons theme. The Chemistry Department became Whoville in an homage to Dr. Seuss. Physics and astronomy students took the opportunity to craft some big-ticket items from their wishlist (see: the photos of their homemade “extra small particle collider”). The Clue fans in the Psychology Department decked their halls in murder-mystery-themed decor; the computer scientists got too busy to decorate; and mathematics celebrated “Going Greene” in honor of Professor Curtis Greene’s impending retirement at the end of the year. 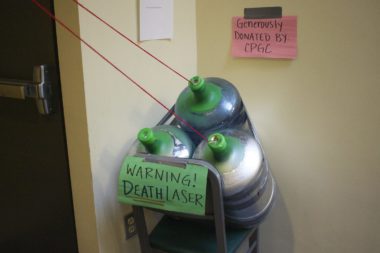 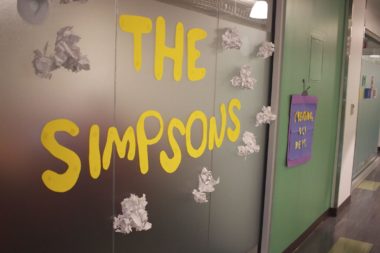 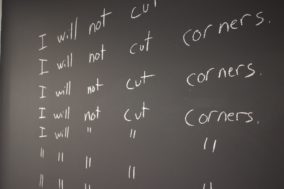 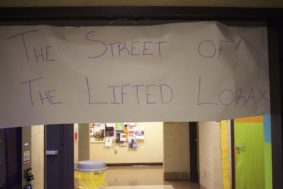 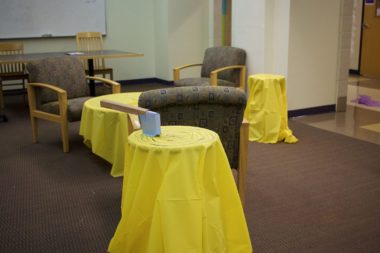 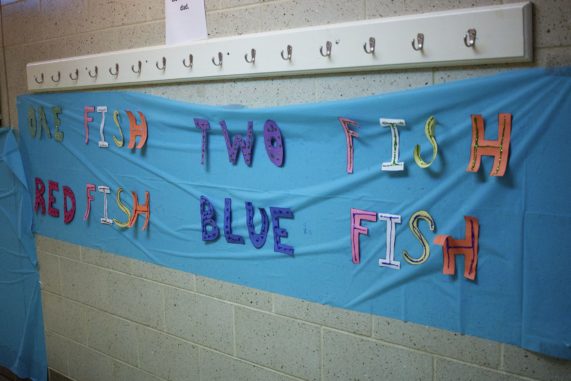 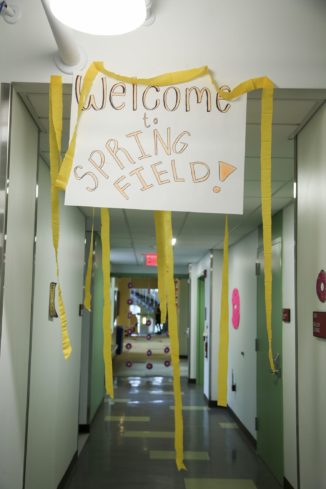 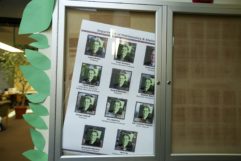 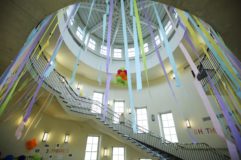 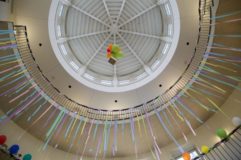 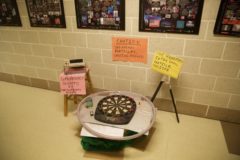