Robin Reineke BMC ’04 returned to the Bi-Co last Friday to discuss her work with the Colibrí Center for Human Rights. Amidst an unprecedented worldwide migrant and refugee crisis, Reineke demonstrated the importance of the Center’s mission: to end migrant deaths and help families find loved ones lost during U.S.-Mexico border crossing.

Reineke helped found the Colibrí Center in 2013, following her work with the Missing Migrant Project, which uses forensic science to help migrant families file comprehensive missing persons reports and accesses medical examiners’ data to help identify those found dead.  The ethos of her work with Colibrí is grounded in care and respect for migrants.

“All over the globe, people are on the move, as they have been for millennia,” explained Reineke, who earned her Ph.D. in anthropology at the University of Arizona, where she now teaches. “Migration is part of what has made us human beings. Migration is natural, it’s necessary, it’s an act of survival and creativity and strength.”

Reineke based her on-campus presentation on the assumption that people have migrated and will continue to migrate, but state violence has led migrants to undue deaths. These deaths most frequently occur not by physical confrontation with border patrol, but by exposure to the elements of borderland deserts, which migrants are forced to traverse in order to avoid border detainment. As hundreds go missing while making this dangerous journey every year, Colibrí offers a non-law enforcement alternative for families hoping to find their loved ones.

“Families of missing migrants were not getting the service that they need, which is a basic human right, of finding out information about a missing loved one,” said Reineke. 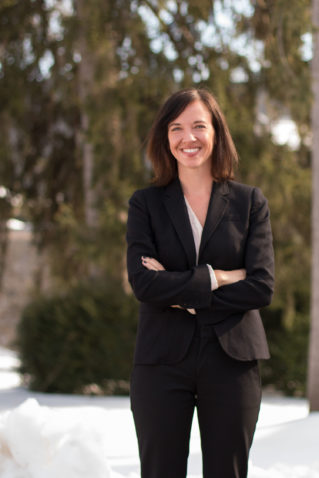 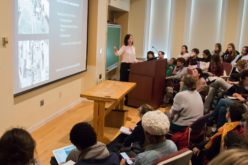 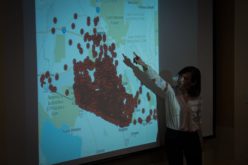 Colibrí, by and large, is an effort to create sanctuary for migrant families seeking help, and to respect the unidentified remains of those who did not survive migration. The Center relies on forensic science techniques that are usually exclusive to a law-enforcement investigation, but ensures that the families whom the investigation affects are met with safety and compassion. The element of care intrinsic to Colibrí’s work, argued Reineke, is something missing in modern migration rhetoric.

Reineke ended her presentation with a message of hope. Even amidst an era of nationalist rhetoric and the threat of closed borders, there still exists opportunities for strength, compassion, and creativity in the human migration experience.