On Sunday, Feb. 19, hundreds of students gathered in the Calvin Gooding Arena for the annual Spring Plenary hosted by the Haverford Students’ Council. Plenary, the decades-old tradition that occurs once a semester, is a special opportunity for the community to engage with the Honor Code and Haverford’s self-governed student body.

At this semester’s session, there were a total of seven resolutions, six of which passed. The first resolution, presented by the Honor Council Executive Board, proposed gender neutral language edits to the Multicultural Jurors Requirement of the Code. The second resolution, presented by Leah Budson ’19, Anna Saum ’ 18, and Hannah Weissman ’17, proposed edits to the Academic Code that broadened language to cover acts of academic dishonesty beyond plagiarism. The third resolution was presented by Sophie McGlynn ’18, and aimed to expand funding for Student Government positions in order to lessen financial barriers for students pursuing those positions. The fourth resolution was presented by Carolyn Woodruff ’17 and called for the option of consenting to a second jury in the rare case that a jury is unable to reach consensus and the trial cannot continue. If the second jury cannot reach consensus, then the trial would be dropped.

The fifth resolution, which was the only one that did not pass, was presented by Chris Hadad ’17 and Ethan Orion Adelman-Sil ’17. It proposed to add a section on Non-Trial Processes to the Honor Code, which included guidelines for facilitated confrontations and social mediations. The sixth resolution, also presented by Hadad and Adelman-Sil, proposed changes to the Social Trials section of the Students’ Constitution in order to reflect the differently nuanced forms that social trials have when compared to academic trials. The edits included guidelines for meeting processes and confronting/confronted party consent rights. The seventh and final resolution, presented by Jonathan Cookmeyer ’17 Andrew Harris ’18, and Katherine Allen ’17, called for the clear labeling and inclusion of the Party Guidelines Policy on the JSAAPP website as well as any changes to the “Party Guidelines” of the Alcohol Policy to be made through a Plenary resolution. (Continued after photo gallery.) 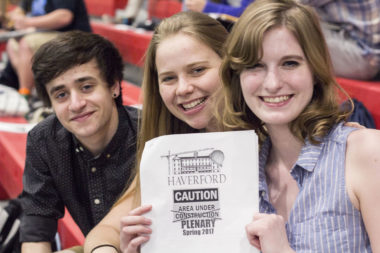 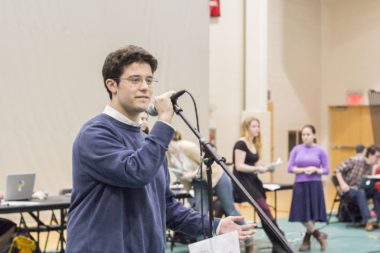 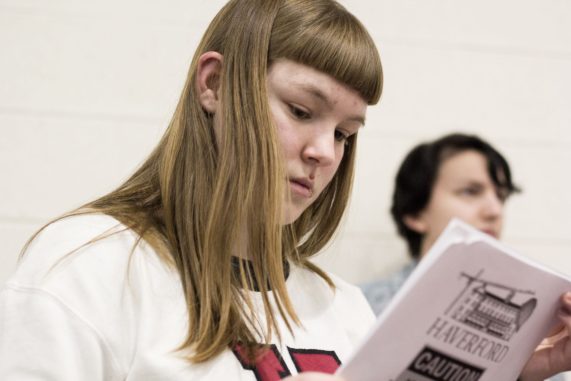 This particular Plenary proved to be a long and, for many, an exhausting one. Although it was slated to start at 6 p.m., the required quorum (which means at least half of the student body is present) was not reached until 40 minutes later. Quorum was then lost around 9:30, when Co-Presidents Ian Andolsek ’17 and Tristan Pepin ’18 announced that the arena was in need of 36 more people to gain back quorum and continue votes. Numerous texts, phone calls, and Facebook statuses were made by attendees in order to urge friends to come down to the arena. Quorum was quickly gained again, and Plenary continued.

At 10:40, there were still a couple of resolutions left to discuss, so Students’ Council hosted a vote on whether or not to extend Plenary by half an hour. If students voted to not extend the time, a Special Plenary would have had to be held in the upcoming weeks; this would have required 75 percent of the student body to be present for the vote, so with many students expressing a preference for getting through all the resolutions in one night rather than postponing, the majority voted to extend the time by half an hour.

Plenary ended at 11:20 p.m., after a vote to open ratification of the Honor Code, an annual occurrence at the end of every Spring Plenary. The evening was long, but it fostered lots of open, fruitful dialogue and offered a chance for many exchanges between students and resolution presenters.