What: Haverford College Curling, the College’s student-run curling club, was founded last fall and is open to all experience levels. With roughly eight current members, the club is looking to increase membership and send a team to the 2017 College Curling Nationals.

Curling, often referred to as “chess on ice,” is a team sport in which players slide polished granite stones (known as “rocks”) on ice (the curling sheet) toward the house, an end area marked with circular targets. Players use brooms to change the shape of the ice in front of the rock as it makes its way toward the house. The sport requires teamwork and strategy, especially when considering the path and placement of the rock. One game typically consists of eight or ten ends.

Who: The club is run by Ellen Schoder ’19, Elizabeth DeJong ’18, and Paul Breitenfeld ’19. All three played in high school and started the club at Haverford because they wanted to share their passion with the campus.

When: The club practices every Saturday from 12-4 p.m. at the Philadelphia Curling Club, along with teams from Villanova and the University of Pennsylvania.

Did you know: The club won first place in its first bonspiel (competition) this season! And together, the co-heads have a combined 30 years of curling experience. 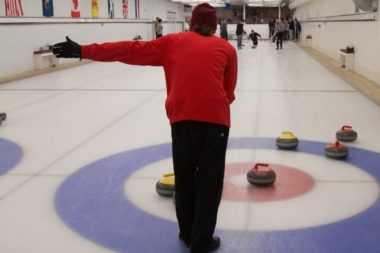 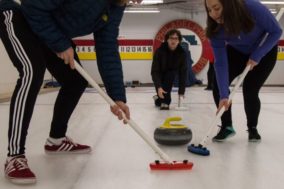 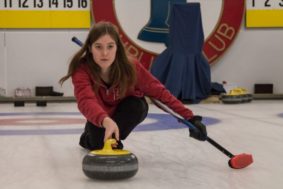