Every year around Valentine’s Day, Fords Against Boredom (FAB) hosts its annual Loveshack competition, at which teams of students build delicious graham-cracker houses and decorate them with candy, marshmallows, and other cookies. Though the event originally began as a gingerbread-house-making contest (held, appropriately, before Winter Break), for the past five years Loveshack has existed in its current incarnation as a way for Fords to celebrate Cupid’s holiday on a sugar high.

On Friday, Feb. 12, FAB hosted this year’s Loveshack in the Coop. The assembled crowd competed for cash prizes in three categories: Most Structurally Sound, Most Romantic, and Most Haverfordian. The structure made by freshman Ian Woodhouse’s team withstood the dreaded “earthquake test” to win the structurally sound prize. The creation of sophomore Hanna Yoon’s team was deemed most romantic. And the design of junior Sarah Roth’s team was crowned Most Haverfordian. But even those who didn’t take home a prize were winners, as everyone got to eat the building materials. 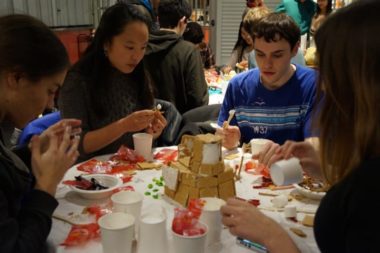 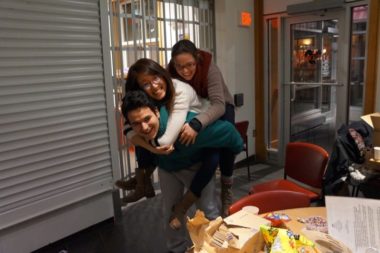