Last weekend was the annual Family And Friends Weekend, and, as such, the College played host to more many visitors eager to explore the unique Haverford experience via class visits, panels, tours, and receptions. The parents, friends, and other family members of current students could visit The Wall In Our Heads: American Artists And The Berlin Wall in the Cantor Fitzgerald Gallery, learn about the academic centers (CPGC, HCAH, KINSC); learn about funding for summer internships and study abroad opportunities; hear from successful alumni who work in the fields of entrepreneurism, finance, or consulting; meet and mingle with new President Kim Benston; and attend a concert featuring student ensembles and a cappella groups. Additionally, on Saturday afternoon, there was a special keynote conversation, given before a packed Marshall Auditorium, between global leader and entrepreneur Howard Lutnick ’83 and Harvard Business Review Editor Adi Ignatius ’81.

“The concept of a perfect, small liberal arts education that actually aims to do one step better and educate the whole being, I think that’s a beautiful quest. … That’s what we seek to do,” said Lutnick, the most generous donor in the College’s history. “I just think we’re great, and I want us to be greater.” 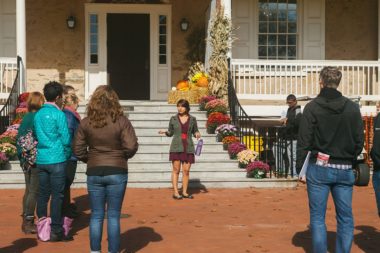 The weekend’s schedule of events

Howard Lutnick ’83 (center) poses with his former dean, Donna Mancini (second from left), and other members of the Class of ’83

A reception in Zubrow Commons with President Benston 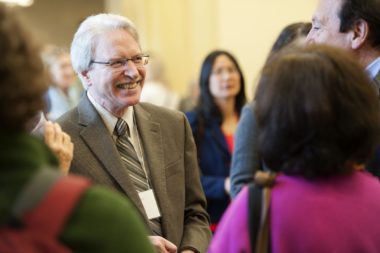 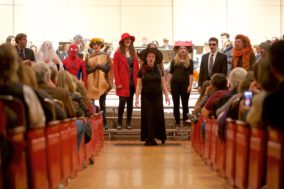 Jo Dutilloy ’17 sings her solo with a cappella group, the Looney Tunes, who performed in costume for Halloween 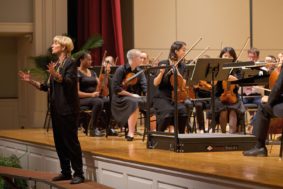 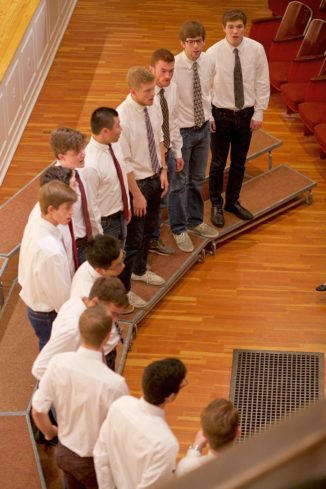 The Humtones perform at the Students Ensembles Concert 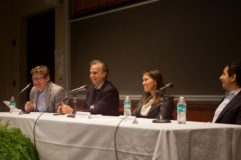 (From left) Alexander Kleinman ’94, Dick Voith ’77, Stephanie Wolfson ’15, and Nehad Chowdhury ’98 speak on a panel about finance and consulting 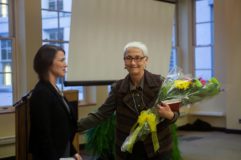 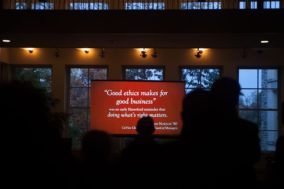 At the Whitehead Internship reception 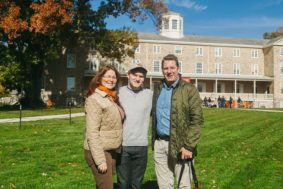 The weekend also served as the second annual homecoming for Haverford’s young alumni. More than 125 members from the Classes of 2006 through 2015 came back to campus for an afternoon of food, drinks, lawn games, and photo booth shenanigans. They were also on hand for five matches against Swarthmore in men’s and women’s soccer, field hockey, men’s squash, and women’s volleyball; the Fords emerged victorious in all but the women’s soccer game.

As if the weekend wasn’t jam-packed enough, Fords Against Boredom (FAB) also held its annual Oktoberfest on Saturday afternoon. It was a perfect fall day for barbecuing sausages and painting pumpkins—even some parents got in on the action—and the bluesy sounds of student band Bazmati Vice (featuring Chris Gibson ’17, John Kerber ’17, Andrew Szczurek ’16, and Clayton Brandt ’17) scored the festivities. 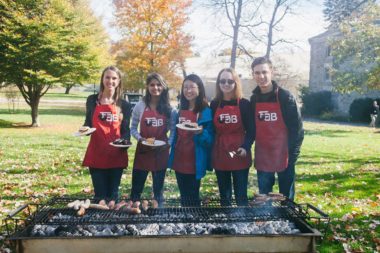 Family and friends gathered on Leeds Green for an Oktoberfest party

Casey Falk ’16 and David Reilley ’16 in costume at Oktoberfest 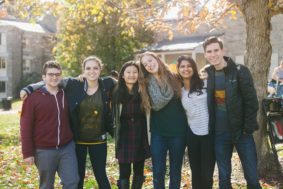 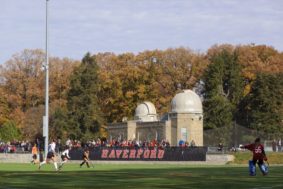 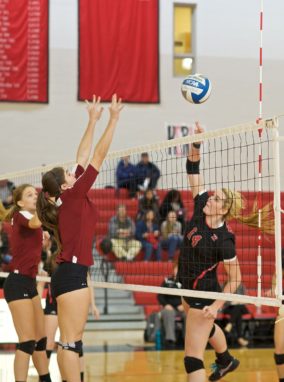 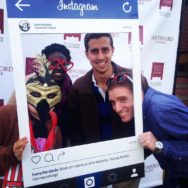 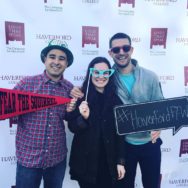 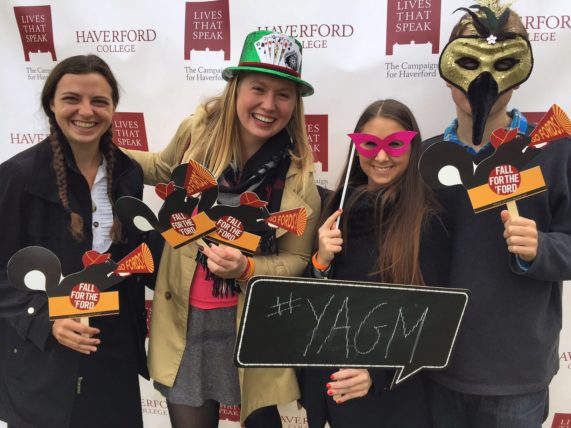 Watch the video of the keynote conversation between Howard Lutnick ’83 and Adi Ignatius ’81: