On Sunday, May 17, 2015, the College held its 177th Commencement, graduating the 298 members of the Class of 2015. Despite the threat of rain, the ceremony was still able to be held outside on Roberts Hall Green as friends, family, and other guests listened to speakers, including Seema Doshi ’15, Emily Judson and John Marshall Gest Professor of Global Philosophy Ashok Gangadean, Bryn Mawr College President Kimberly Wright Cassidy, President Dan Weiss, and three honorary degree recipients.

For a detailed play-by-play of the day’s activities, you can read our captured live-tweet feed or watch the video. Or explore the full list of graduates, their hometowns, majors, theses, and awards. 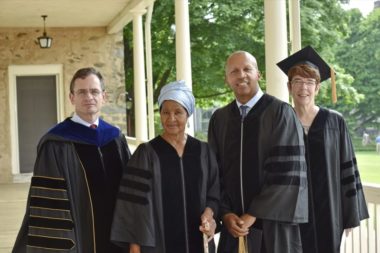 Faculty in their regalia applaud the graduates

Gathering in the old gym before the processional 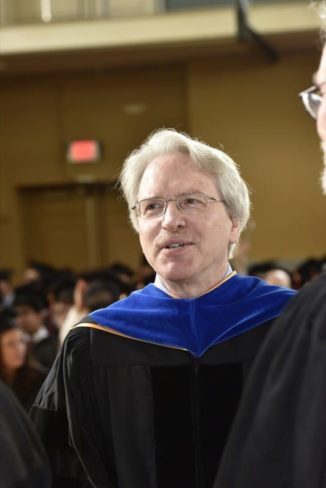 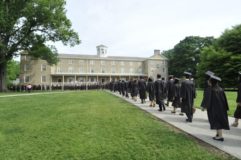 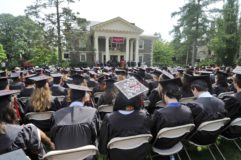 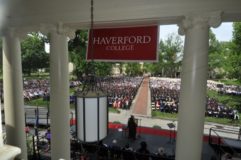 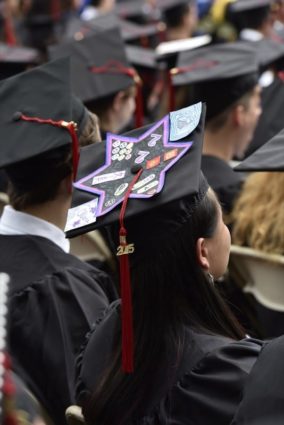 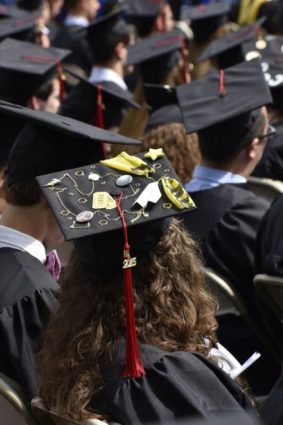 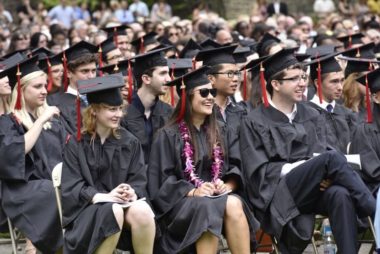 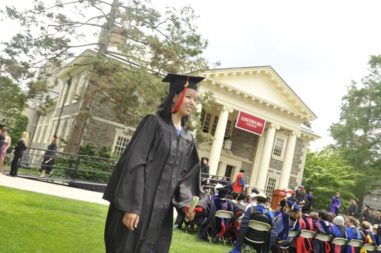 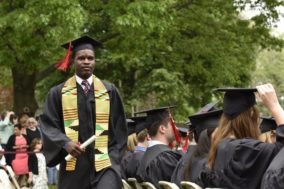 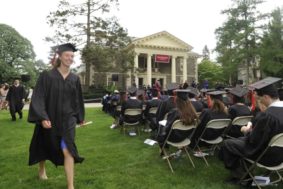 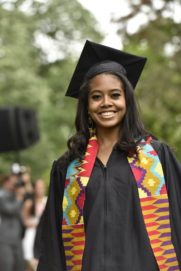 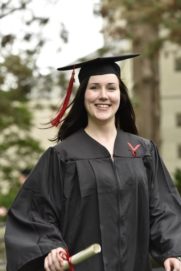 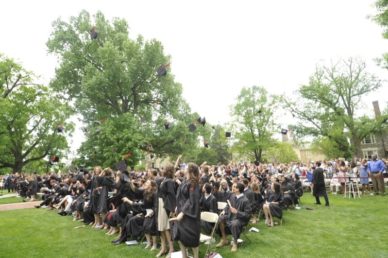 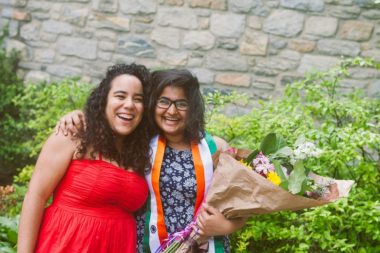 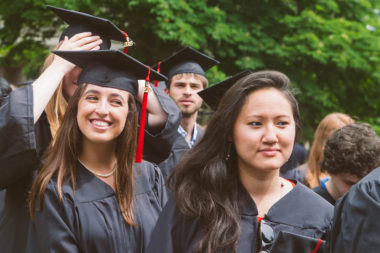 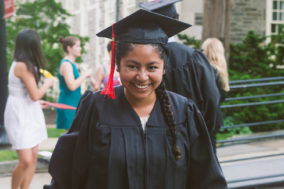 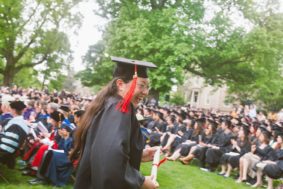