WHAT: The Bi-Co Pickling Team is a pickling discussion and practice group that officially launched this semester. They plan to host several events before the school year ends with a focus on “pickling as politics,” exploring the potential of pickling as a revolutionary, discursive, and subversive act. Their first event was a quick-pickling session in the VCAM building where roughly 20 people got the chance to fill sealed jars with freshly boiled brine and a whole range of produce options from traditional cucumbers to lemon, radishes, berries, and more.

WHO: The group is led by Nicky Rhodes ’19 and Katya Olson Shipyatsky BMC ’19, who shared a love for pickles last semester as they ran a student seminar for the John B. Hurford ’60 Center for Arts and Humanities, during which they happened to eat a lot of pickles. Anyone is welcome to join in pickling events, and the two are hoping to pass the effort on to new leadership after they graduate this spring.

WHEN: Though pickling events do not take place at regularly scheduled times, they are announced ahead of time via the Bi-Co Pickling Team Facebook page.

DID YOU KNOW? The art of pickling offers a way to grapple with topics such as the consideration of waste as food, the politics of urban food distribution, and the metaphorical significance of preservation as a practice of care towards ourselves and the planet.

GET INVOLVED: Bi-Co Pickling Team events are open to all, so you can follow announcements by liking their Facebook page. If you are interested in joining leadership, Nicky and Katya can be reached at nrhodes@haverford.edu and kolsonship@brynmawr.edu. 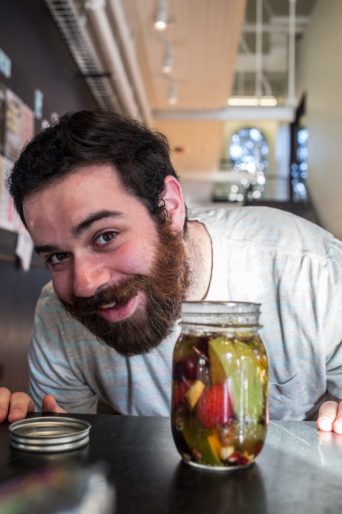 Steve Lehman ’19 with his jar of pickles.   Photo by Cole Sansom ’19 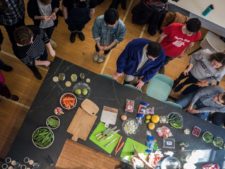 A pickling party in the VCAM community kitchen. 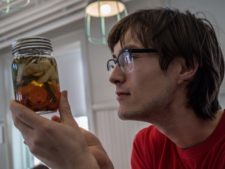 Michael Weber ’19 with his jar of homemade pickles. 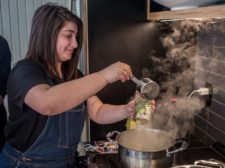 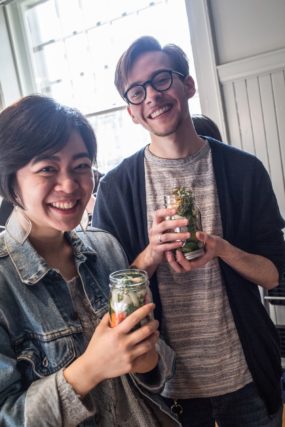 Hannah Chinn BMC ’19 and Miles Knecht ’19 with their jars of pickles.  Photo by Cole Sansom ’19 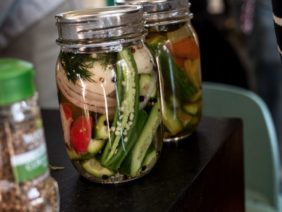 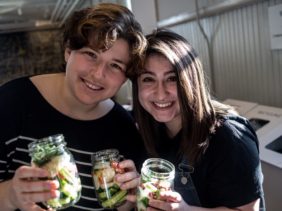 Emily Dombrovskaya ’19 and Allison Wise ’20 with their jars of veg to be pickled.