Here’s what he had to say about his class:

The class engages debates about capitalism and explores varieties of ways to think and act “beyond” capitalist institutions. We zoom into examine some of the problems with capitalist economies and then zoom out to explore alternatives. Rather than approaching the question of post-capitalism merely as an abstraction, we analyze existing initiatives that, in one way or another, already embody noncapitalist practices. We pay particular attention to the so-called “solidarity economy initiatives” that aim to organize economic activity around principles of social solidarity, cooperation, democratic participation, and community-based development. Examples include cooperatives and credit unions, community gardens, eco-villages, community currencies and time banks, and participatory budgeting, among other related initiatives. Some of these are conceived as radical alternatives to mainstream capitalism. Others are seen to offer niches of alternative economic practices within a larger capitalist framework. We examine their transformative potential as well as how they relate to race and class divisions in society. I want students taking this class to have a new appreciation for how diverse our economies already are and that already exists myriad examples of innovative postcapitalist practices that are changing the ways people relate to one another through the economy.

For many years I had been teaching about globalization, international political economy, transnational social movements, and the history of economic thought. At some point I began to notice how burdened some of my students by what they perceived as the sheer scale of capitalist forces shaping their life chances. Many were critical of capitalist economies for social justice reasons but nonetheless felt disempowered when it came to imagining alternatives. Capitalist discourse had in this respect become hegemonic. Several years ago my own research shifted to the study of grassroots economic practices and to a growing international solidarity economy movement seen more prominently outside of the U.S. than inside. I wanted to teach this course to help open students’ thinking about what an economy is and what constitutes alternatives. I also wanted to open new pathways for intervening in economies they perceive as unjust. In many cases, alternatives are right before our eyes if only we learn to see differently. 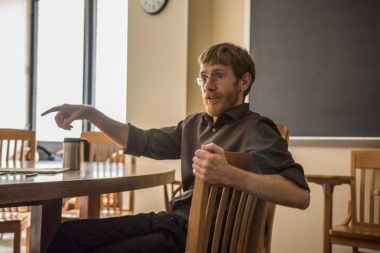 See what other courses the Department of Political Science is offering.