In 1968, the FBI put Sadie Barnette’s father, Rodney, on a watch list. Because the Vietnam War veteran co-founded the Compton, Calif., chapter of the Black Panther Party, his life was surveilled and chronicled for years, leading to the creation of what became a whopping 500-page dossier. Years later, his artist daughter obtained that FBI file via a Freedom of Information Act request and is now reframing it—and her family’s story—as the centerpiece of her first solo traveling exhibit, Dear 1968,… which opened at the Cantor Fitzgerald Gallery on Sept. 8.

Barnette was on hand for the opening, at which she gave a talk about the work to a packed gallery. The show uses family photographs, recent drawings, and selections from her dad’s FBI file to present an immersive reimagining of the family album, demonstrating that Barnette’s family story is not theirs alone.

Though the exhibit was first shown at the Jan Shrem and Maria Manetti Shrem Museum of Art at the University of California at Davis, the Haverford show includes a new drawing, “Untitled (Citizen’s Commission),” that was made exclusively for this show and was inspired by the famous 1971 break-in of the nearby Media, Pa., FBI office. That incident not only made the secret case histories of thousands of Americans public, but also was an important first step in exposing the Bureau’s Cointelpro operation, which used covert counter-intelligence activities to “expose, disrupt, misdirect, discredit, or otherwise neutralize” groups the FBI deemed subversive. And there’s a campus connection: one of the eight antiwar activists responsible for that break-in was the late Haverford Professor of Physics and of Mathematics William Davidon. The drawing imagines a logo for those activists, who called themselves “the Citizens Commission to Investigate the FBI.”

The show is up the gallery through Oct. 13, and is held in conjunction with the first symposium of our new visual studies program in our new VCAM building. That symposium, “The Black Extra/ordinary,” will be held Oct. 6 and 7, and will explore the poles of black representation via historical archives, social media, fine arts, and other arenas. 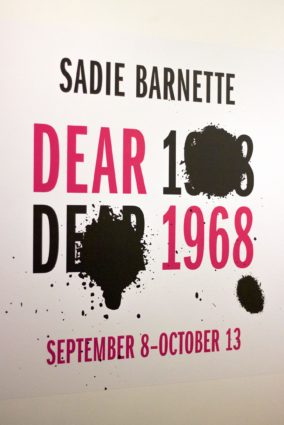 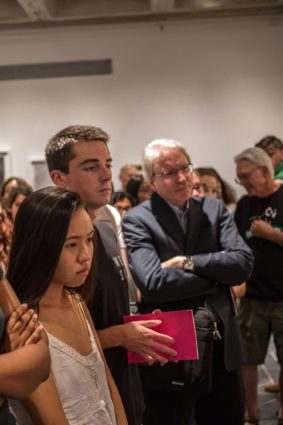 The College President was among the crowds at the opening 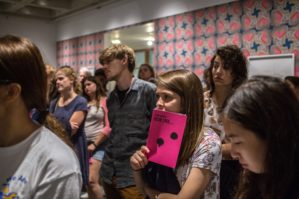 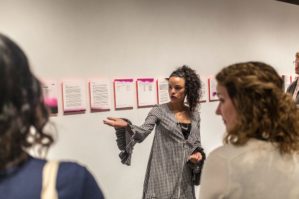 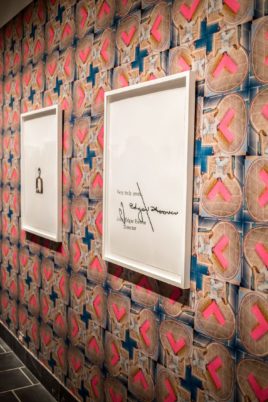 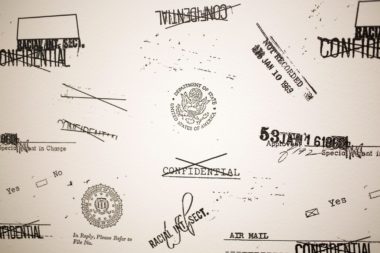 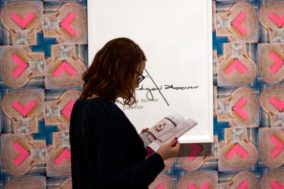 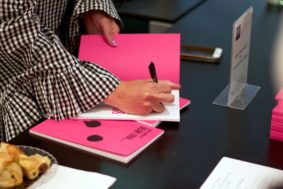 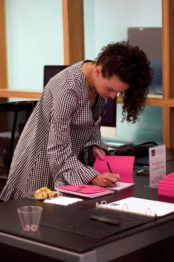 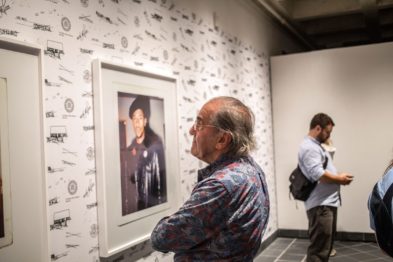