On Saturday, May 13, the 294 members of the Class of 2017 graduated from Haverford College and became the newest members of its alumni community. It may have been raining outside, but inside the Field House there was, according to President Kim Benston’s opening remarks, “sunshine in our hearts.”

The packed crowd—made up of friends and family of the graduates, as well as the staff, students, and faculty who helped shape their Haverford experience—was treated to an address from political science major Michael Furey ’17 (whose speech on passion, nerdiness, and the importance of using knowledge to “lift people up” included a dig at Star Wars‘ Galactic Senate for its lack of checks and balances) and remarks from the student-chosen speaker, Housekeeping Supervisor Eva Wilson, who said that her impending retirement, after 17 years, made her feel like a member of the Class of 2017 too. Bryn Mawr College President Kimberly Wright Cassidy, Haverford President Kim Benston, and two honorary degree recipients—acclaimed author Chimamanda Ngozi Adichie and Patagonia founder Yvon Chouinard—also spoke. Relive it all in these photos or watch the video of the entire ceremony below: 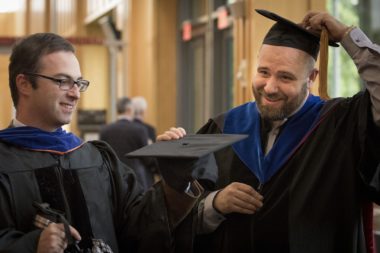 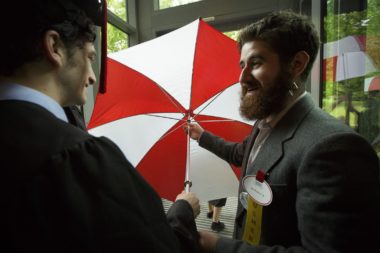 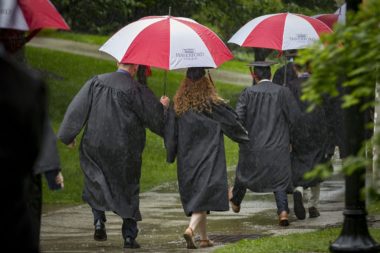 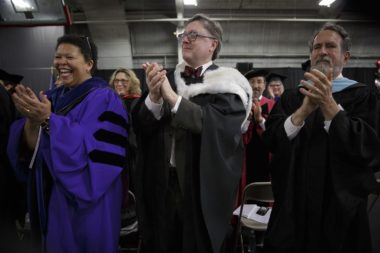 Housekeeping Supervisor Eva Wilson was chosen by the class to speak at Commencement. 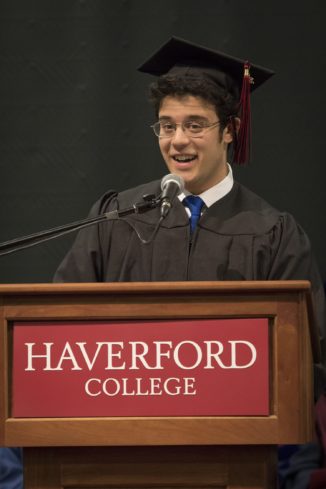 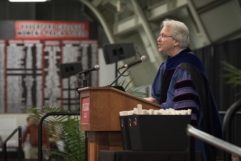 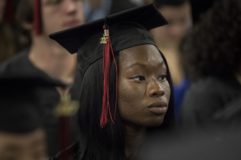 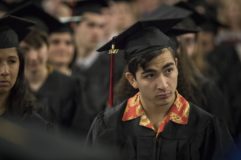 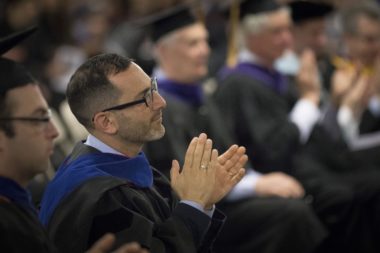 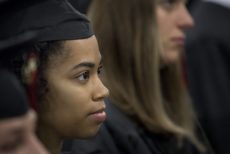 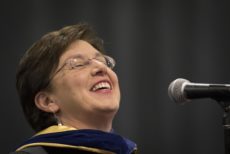 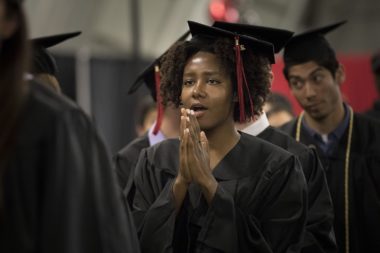 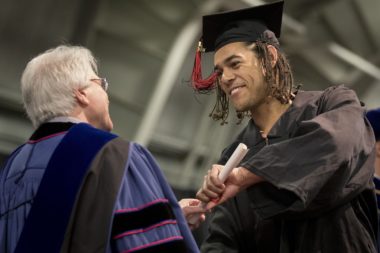 The video of the entire Commencement ceremony: