The last day of classes signals one thing at Haverford: time for Haverfest! The annual two-day festival celebrates the end of a busy semester (and year) with music, food, art, games, and more before the final push through exams to Commencement.

The theme this year, as chosen by students, was Alice in Wonderland, and there certainly was plenty to wonder at. In addition to jumping in the bounce houses that have become tradition on Founders Green, students could also scale a rock-climbing wall, soar across the green on a zipline, or leap off a stunt drop. And that list of activities doesn’t even include Holi, the colorful festival sponsored by the South Asian Society; the petting zoo’s adorable alpacas, donkeys, and goats; the Mad Hatter Tea Party held in Lunt Basement; the late-night Red Queen’s Masquerade Ball; and all of the live music.

This year’s concert featured 10 artists including Philly indie hip-hop and soul crew Hardwork Movement and several Haverford-affiliated bands, such as Bazmati Vice (featuring students and alums) and How to Trick a Bear (featuring Associate Professor of Psychology Ben Le).

Nerd House, the community house that runs weekly board-game nights, murder-mystery parties, and film screenings all year long, created some extra special programming for the weekend, too. Among their many Haverfestivities, they hosted a mask-making event prior to Friday night’s masquerade, a foam weaponry workshop, a Super Smash Brothers tournament, and a Wonderland-themed games night, replete with extra large cards, dominoes, and  Connect 4. 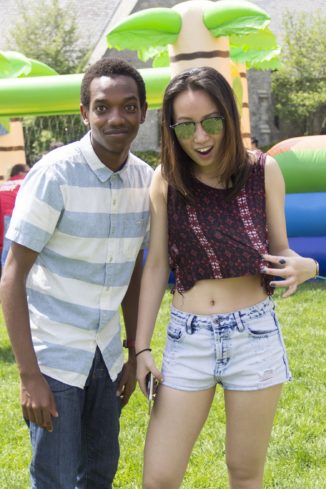 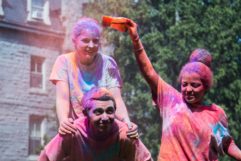 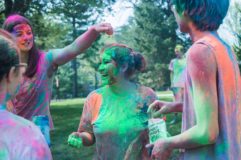 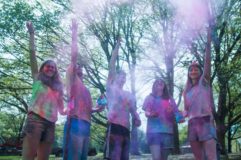 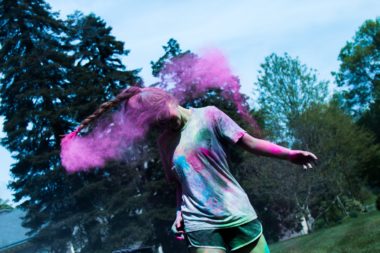 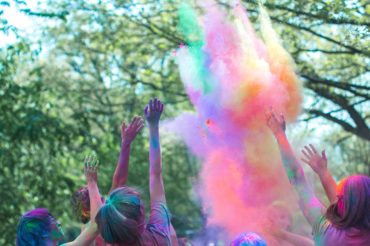 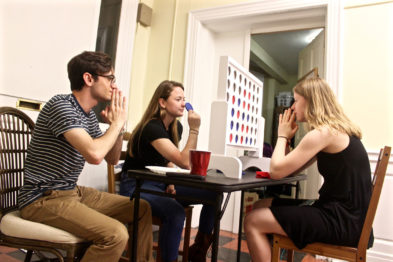 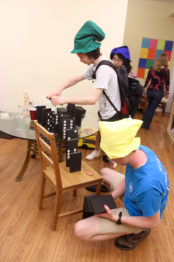 At the Wonderland Game Night at Nerd House even the dominoes were oversized. 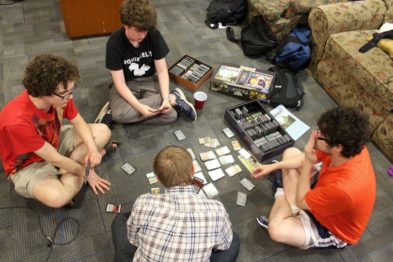 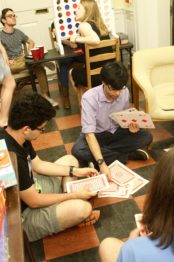 Playing oversized cards, in keeping with the Alice in Wonderland-theme at Nerd House’s game night. 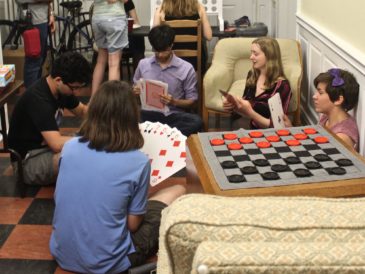 Even the board games were giant at Nerd House’s Alice in Wonderland-themed game night. 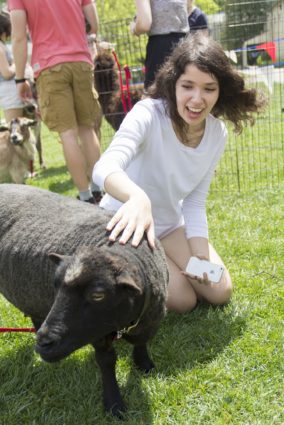 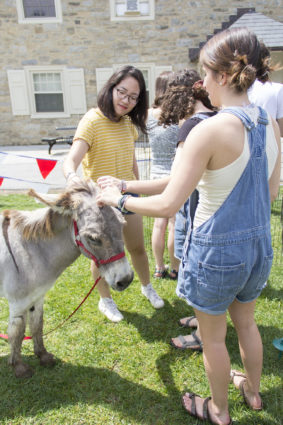 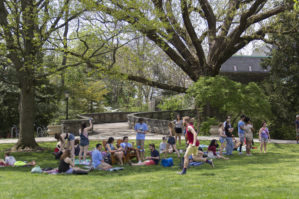 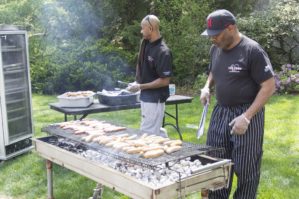 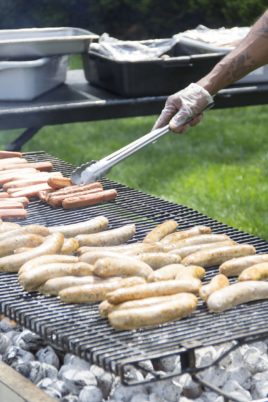 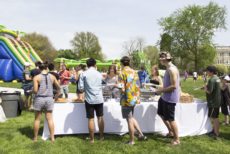 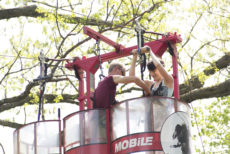 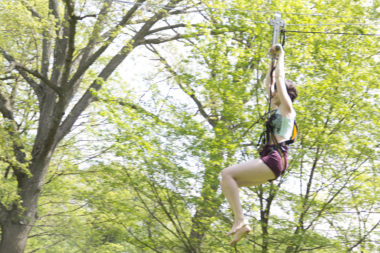 The band How to Trick a Bear was one of the musical acts. 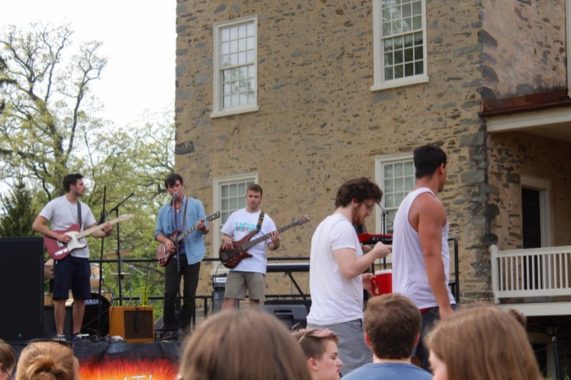