On Sunday, April 23, the College welcomed hundreds of prospective members of the Class of 2021 and their families to campus to get a taste of the Haverford experience. On the Open Campus Day, admitted students got a chance to interact with their possible future professors, fellow classmates, and other Fords. The day’s program included campus tours, fairs highlighting student activities and academic disciplines, receptions, and several panel discussions on scholarship, student agency, and more. Graduating senior Caleb Eckert ’17 captured it all with his camera. (See gallery below.)

Prospective students came from as far away as Taiwan and the U.K. to attend Open Campus Day, and for one group of future first-years, the event offered a chance to road trip with some new friends. Three early-decision admits from the Midwest who had only ever spoken via a group chat app decided to make a weekend of it and drive to Haverford together: Charlie Landon and Grace Coberly (both from the Chicago suburbs) and Hannah Yeakey (from northern Indiana). Though Coberly says she was initially nervous about undertaking such a long trip with virtual strangers—the drive took roughly 24 hours, roundtrip—the three became fast friends.

“Our arrival on campus [was special]. Hannah was so excited by the Duck Pond that she forgot to slow down to 13 mph, sending us flying over the first speed bump,” says Coberly. “Once we reached the clearing, we saw a bunch of men wearing white and all screamed, ‘Cricket!’ in unison. That just goes to show how much Haverford means to us. The best part of the road trip, though, was the way back. We had nothing to look forward to this time, but we spent the whole time talking and sleeping and laughing together like we’d known each other our whole lives.” 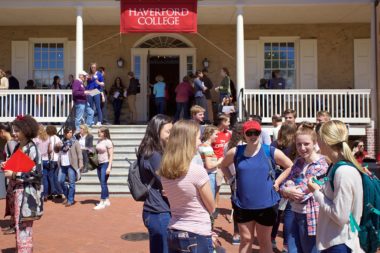 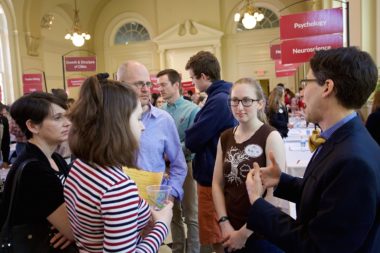 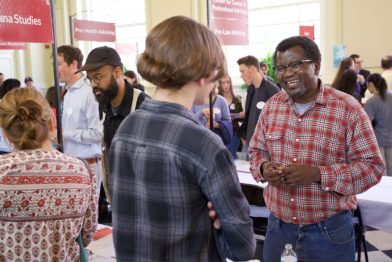 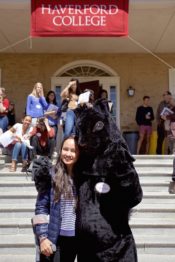 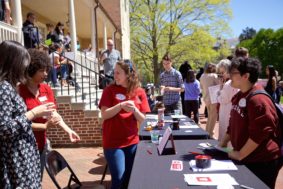 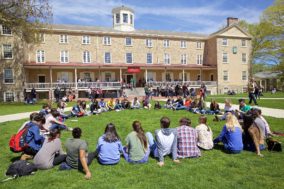 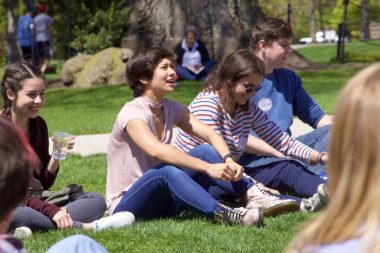 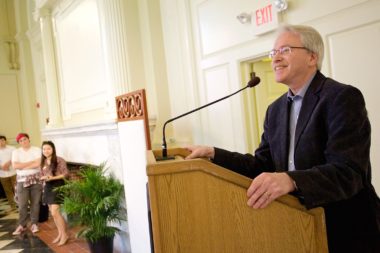 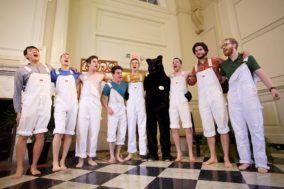 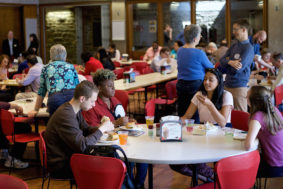 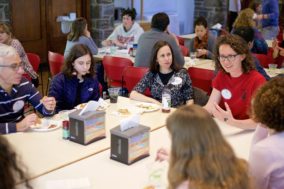 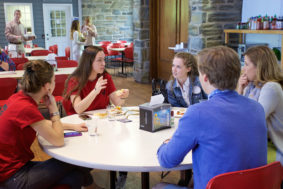 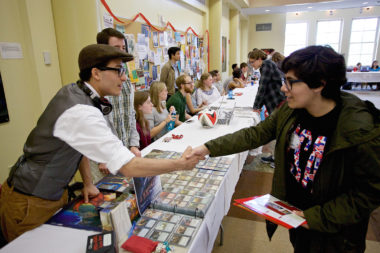 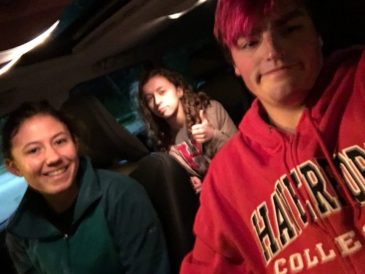 Charlie Landon, Grace Coberly, and Hannah Yeakey, who made a road trip of Open Campus Day, on their way home from Open Campus Day. Photo courtesy of Coberly.