Friday evening at the Dining Center (DC) wasn’t marked by just any old dinner. While the DC staff ran a busy food-service operation upstairs, something else was taking place below. The DC’s lower level, which for years had been underutilized, mainly serving logistical purposes for Dining Services, reopened after months of construction. And that construction resulted in a completely reimagined space.

On Friday, that space was unveiled. President Kim Benston used a very large pair of scissors to cut a ribbon officially opening the new staircase from the DC lobby, and community members were invited to explore the basement’s new features. Various celebratory events occurred throughout the evening, including an expansive board game setup and performances by campus a cappella and comedy groups.

“It’s been a complex project, with several phases of conception, development, and execution,” said Benston, moments before the ribbon cutting.  “The ultimate transformation overseen by CFO Mitch Wein and carried out by Facilities Director Don Campbell is extraordinary.  The space we have now is unrecognizable for anyone who spent time in the old DC basement area … and that’s a good thing!”​

The basement, formerly characterized by its dark, maze-like hallways leading to forgotten meeting rooms and common spaces, now promises to be a new place for people to convene, study, hang out, and perform. And everything is light and bright. Upon entering from the lobby staircase or the double doors adjacent to the newly renovated DC Oval outside, guests are welcomed by an expansive, well-lit open space filled with new furniture and tables. There are a variety of new vending machines and three refurbished meeting rooms for students, faculty, and staff. 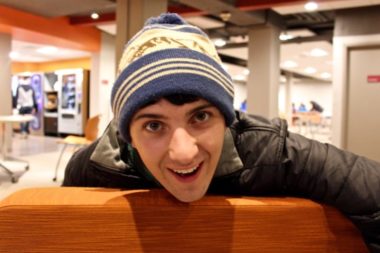 Nerd House brought games, like Settlers of Catan, to the opening party.

The Outskirts performed at the opening celebration in the Black Box theater.

A spirited game of Twister helped celebrate the opening. 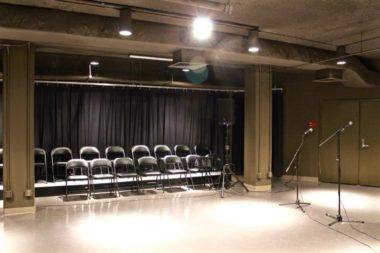 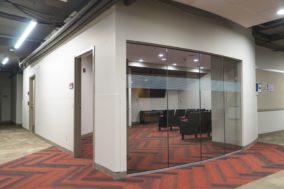 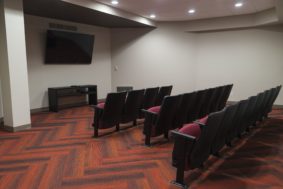 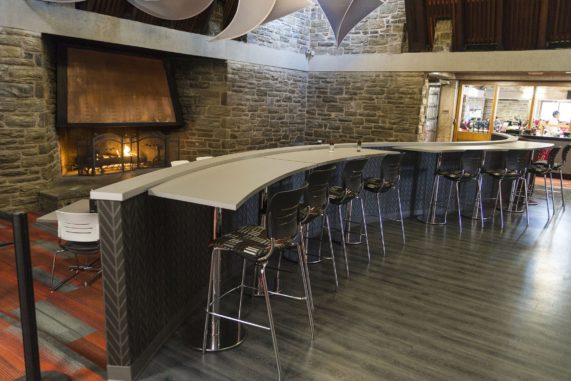 A large part of this open-concept environment was previously filled up by the DC’s Black Box Theater. The old theater was taken down to make room for meeting spaces, but a new one stands right next to the site of its predecessor. Retaining it was a major priority for the project’s managers.

“A campus like this without student theater really doesn’t make sense,” explained Benston.

Although the old theater had to make way for new times, its legacy also lives on in the basement’s brand new movie theater. The room, right near the entrance from the Oval, boasts a flat screen TV and several of the old theater’s folding chairs, which feature distinctly discontinuous marking numbers as a reminder of what used to be.

The new Black Box was quickly christened, hosting a cappella sets from the Humtones, the Outskirts, the S-Chords, and the Looney Toons, followed by comedy performances from the Lighted Fools and the Throng. Meanwhile, students played games, such as Settlers of Catan, and built Lego creations on the basement’s new tables thanks to the residents of Nerd House.

The Dining Center, built almost 50 years ago, has always been a site of convergence and sharing (often over food). These new renovations promise to sustain and expand the DC’s role on campus.