Andy Warhol may hail from the western side of the state, but for the next few months he’ll make his home here at Haverford. Fifteen of the pop artist’s works from the College’s permanent collection are currently on display in the Atrium Gallery of Marshall Fine Arts Center as part of Andy Warhol: The Pop Image Subverted through April 23.

The exhibit, which opened on Jan. 27, is the brainchild of Audrey A. and John L. Dusseau Professor of Humanities William Earle Williams and showcases some of Warhol’s famous works (including silkscreen prints from the Marilyn Monroe and Flower series) acquired by the College in the last 10 years.

Also on display are some related works—a dress with the Campbell’s soup can as its print, some of the limited-edition cans Campbell’s released to celebrate Warhol—as well as other material meant to add context to pop art, such as the 1953 publicity photograph of Marilyn Monroe taken by Gene Korman for her movie Niagara.

There’s even work by a Ford on display alongside that by the Pittsburgh-born pop artist. Photographs and prints by Maxfield Parrish (Class of 1892) not only provide insight into the serialism of Warhol’s color combinations, but also help audiences understand his business model, since Parrish was the the first artist to license the reproduction of his work. (There are actually several parallels between the Pennsylvanians, including backgrounds in commercial art and the fact that both worked from photographic inspiration.)

Though these iconic prints—some of which are as large as three feet square—live at the College full-time, this is the first time they are being displayed to the public here. Don’t miss your chance to see them in person. 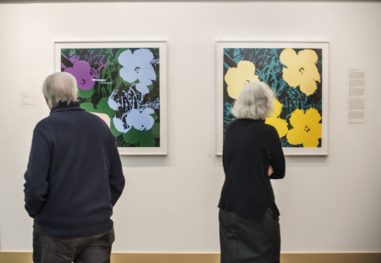 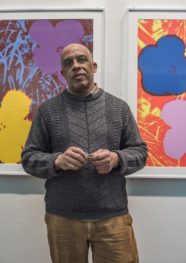 Professor William Earle Williams at the opening of the exhibit he curated. 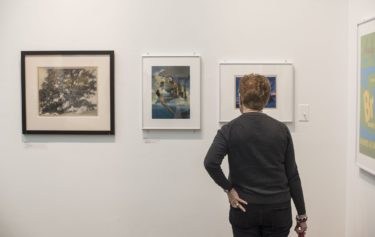 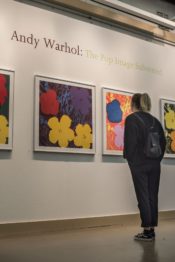 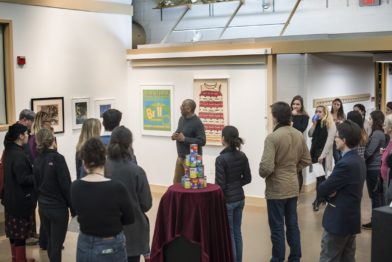 Professor William Earle Williams gives a talk at the opening of his Warhol exhibit. 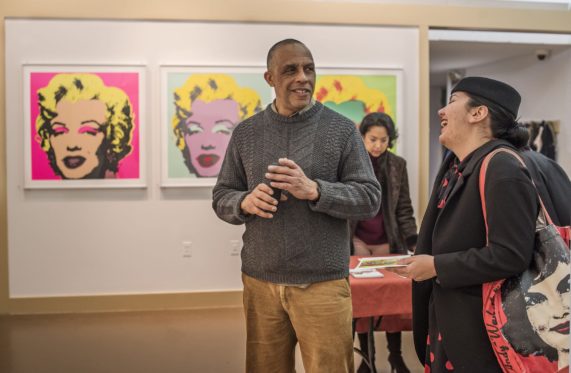