Marshall Auditorium was filled with the sound of the two-stringed bow instrument known as the jinghu and masterful vocals as community members were invited to take the stage alongside Hongyong Jia, a performer of the centuries-old art of Beijing opera. Ms. Jia taught a workshop featuring detailed demonstrations of the opera’s various roles and style and then gave performances of two pieces, in which she put her teachings into action.

Ms. Jia was welcomed by the Bi-Co department of East Asian Language and Cultures, which held the event to enrich students’ understanding of an integral part of Chinese heritage. Beijing opera, also called Peking opera, is a nationally loved art form in China that has roots in the Qing dynasty, roughly 200 years ago, and came to prominence in the late 19th century, when it became popular amongst the Chinese aristocracy. After the People’s Republic of China was established in the mid-20th century, the government rejuvenated the tradition, embracing the traditionally low socioeconomic status of the opera performers as an emblem of the nation’s new socialist society. Centuries beforehand, Kun opera, another older form of the Chinese art, drew from writers such as Tang Xianzu, who is so beloved that the 400th anniversary of his passing is currently being celebrated in China alongside that of “the other great playwright” William Shakespeare, who also died in 1616.

The two sets performed by Ms. Jia incorporated both forms: her first, from The Peony Pavilion, in the Kun opera style, was written by Tang. Her second, from The Drunken Beauty Yang, was a demonstration of the Beijing opera style. Both are well known pieces of literature in China, and students enjoyed the opportunity to see them come alive on stage.

“I was already very familiar with the two pieces of Beijing opera and Kun opera performed at the event before I attended it, but had never seen them performed on stage,” said Anran Li ’20, who is an international student from Beijing that remembers reading Tang Xianzu in her high school’s literature classes. “I’m still surprised that this experience of seeing those two pieces performed for the first time of my life happened here at Haverford instead of back at home.”

Beijing opera is not just a distinctive vocal and musical style; it also is a showcase for a particular brand of mime, dance, and acrobatics. Additionally, the traditional costumes that Ms. Jia donned were characteristic of the genre, and audience members were welcomed onstage to try some on between the two performances. At the end of the workshop, in which Ms. Jia offered instruction in the two opera forms, participants were invited to jump up from their seats and give the singing a try themselves. The participatory setup of the workshop and performance drew from the very nature of Chinese opera, according to Associate Professor of Chinese and Linguistics Shizhe Huang.

“The interactive part… that’s another aspect of Peking opera,” she said. “Even though when performers are on the stage for professional performance, there’s such a thing called Piao You, or ‘ticket fans.’ And the ‘ticket fans’ are amateurs who are dedicated to Peking opera, they practice on their own, they very often have regular meetings where they just sing together. So it’s a very communal art form. And what you saw towards the end, what the participants witnessed, was that kind of spirit.” 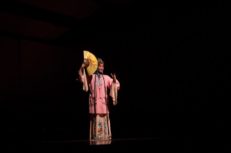 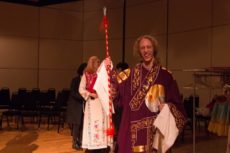 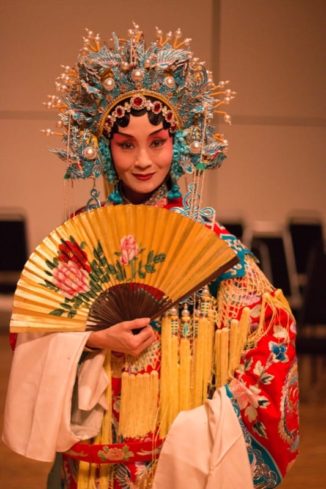 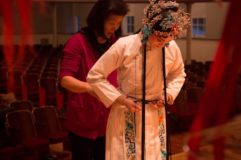 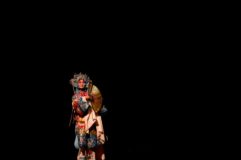 Isaiah Kriegman ’20 was encouraged to attend the event by Changchun Zhang, the professor of his third-year Chinese class, as well as many of his Chinese friends on campus who said they were going to attend.

“What was really cool for me was just seeing people react to it, and seeing the cultural significance of Beijing opera,” said Kriegman. “It gives me an opportunity to talk to people about the event… It allows me to better understand the entirety of Chinese culture better, and allows me to better talk about people’s lives.”

The event drew attendees from on and off campus, including Bi-Co students of Chinese and faculty spouses and children. The attendance and enthusiasm of the event spoke to the status that opera holds in the Chinese cultural realm.

“The takeaway is that China does have very rich cultural heritage,” said Professor Huang. “The heritage comes to us in the form of language, performance, lyrics, music, and the communal participation all in one… I was very pleased, and so were my colleagues, to see so many people participating in the event.”