Nothing quite captures the spirit of autumn like an apple orchard. Amidst the massive crowds at Linvilla Orchards in Media, Pa., last Saturday was a large group of Fords that stood out (mostly due to height) among the masses of children running between piles of gourds and face-painting stations, and pleading with their parents to buy them the biggest pumpkin in the patch. Luckily for the Haverford students, thanks to Fords Against Boredom (FAB), all they had to do was sign up for a spot on the bus and they were able to roam the orchard grounds—replete with pumpkin patches, fields for hayrides, and, of course, rows and rows of apple trees—as they pleased.

Since 1993, FAB has utilized funding from the Student Activities Office to organize a vast array of on- and off-campus events to bring some fun and frivolity into hard-working students’ lives. The yearly apple-picking excursion has proved to be one of the most crowd-pleasing FAB events, as it provides an opportunity to take a break and get off campus at a time when students are especially thankful for it.

“I think [its popularity] is because of the timing—it’s a few weeks before midterms so students are super stressed, yet it’s early enough in the year that the weather is still beautiful,” explains Caroline Steliotes ’18, a member of FAB and the principal organizer of the orchard trip. (More below) 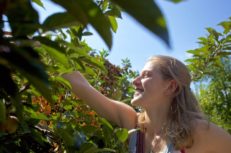 Elly Overton ’19 picks an apple high on a tree. 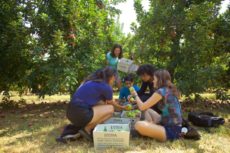 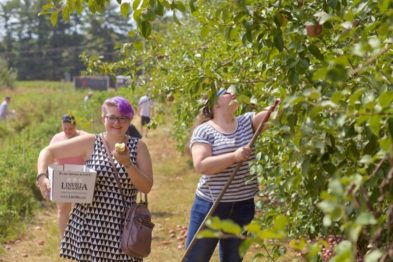 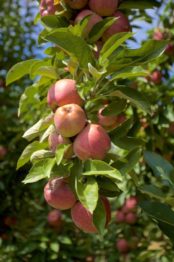 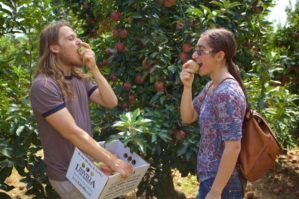 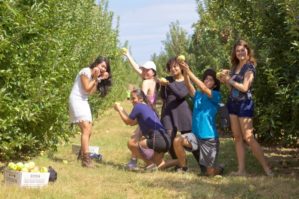 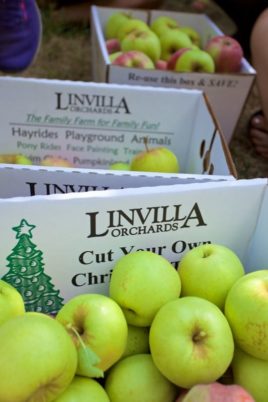 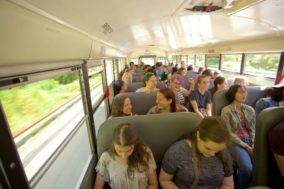 On the bus to Linvilla Orchards. 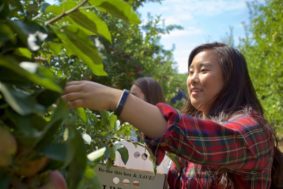 Diana Kim ’20 gets in the spirit of the event.

FAB is active, though, throughout the academic year. Their beloved events include a money-free, simulated Casino Night, held during the first weekend of school, and regularly scheduled Friday-night Quizzo throughout the year. As a way to draw students out of long study sessions in the library during Finals Week, FAB also organizes activities like a late-night cheesesteak run in nearby Philadelphia. In short, FAB consistently comes to the rescue as an outlet for “good, clean” fun, which is much-needed at the end of long work weeks.

“FAB is often associated with providing social events that are in alcohol-free environments,” says Steliotes, “While we do do that, within FAB, trying to provide events that don’t involve alcohol is basically never discussed. We try to put on events that everyone would enjoy, in any state. And when we do that, ideally, we bring together many different subcultures in the Haverford community.”

Whether decorating cookies, playing laser tag, or participating in a cooking competition, a vast array of Haverford students can be seen kicking back and sporting smiles at any given FAB event. Last weekend, they got to do that with a bushel of apples in hand.