The Cantor Fitzgerald Gallery opened its season with Ying Li: Geographies on Friday night. The exhibit surveys the past four years of the professor of fine arts‘ work, showcasing more than 100 paintings and drawings created in Li’s studio in New York City’s Chelsea neighborhood and during residencies in the U.S. and Europe. As curated by editor, critic, and SUNY Purchase Associate Professor Faye Hirsch, Geographies takes viewers on a whirlwind tour through the dramatic mountains and valleys of Switzerland, a burnt-umber autumn in Li’s Pennsylvanian yard, the swirling cerulean seascapes of coastal Maine, and chaotic New York cityscapes in which the gestural strokes of the painter mimic the movement of the city.

To mark the opening of the show, which is on view through Oct. 7, the gallery hosted a well-attended reception and talk by Li and Hirsch. (See more below.) 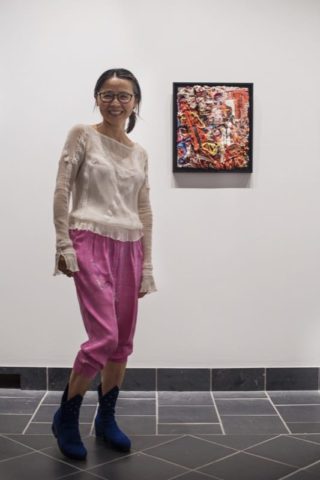 Ying Li and one of her paintings

Ying Li and Faye Hirsch give their gallery talk 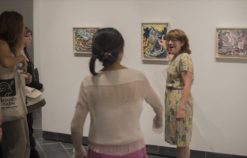 Faye Hirsch talking about one of Ying Li’s paintings 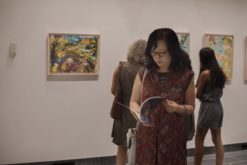 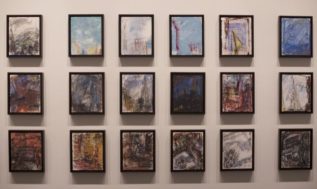 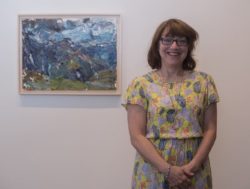 Above photos by Holden Blanco ’18

The works of Ying Li: Geographies are not only on display in the Cantor Fitzgerald Gallery in the Whitehead Campus Center, but also in Sharpless Gallery in Magill Library. A reception for that segment of the show will be held on Sept. 21 at 6:30 p.m., and will be followed by the U.S. premiere performance of “Synaesthesis I,” a new piano sonata by Ruth Marshall Magill Professor of Music Curt Cacioppo inspired by Li’s artworks.

Visit the Cantor Fitzgerald Gallery and Magill Library before Oct. 7 to view Li’s works for yourself. Oct. 25 the show will move to the Sordoni Art Gallery at Wilkes University in Wilkes-Barre, Pa., for an additional engagement. 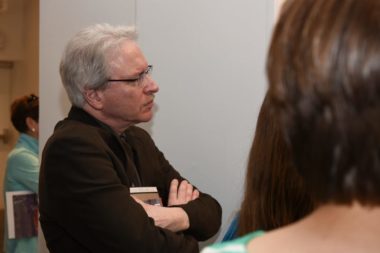 Taking in the work 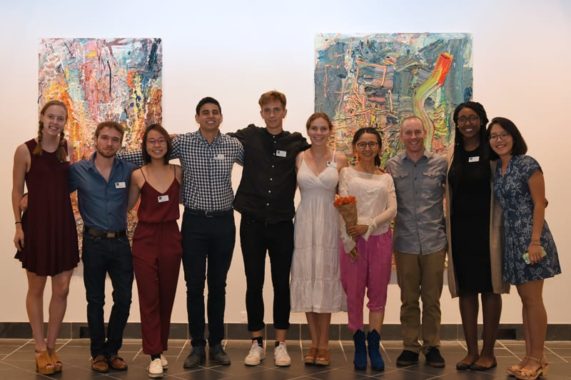 Above photos by Lisa Boughter