The spirits and the temperatures were both high as the College welcomed more than 1400 people from 38 states and nine countries to campus for Alumni Weekend 2016. People came from as far away as the Channel Islands and Thailand to celebrate classes ending in 1s and 6s. 129 alumni helped to make the weekend a success by serving as class volunteers, and the reunion classes contributed nearly $12 million in gifts to the College.

During the weekend there were many different events to enjoy—from film screenings to panels to dinners. There were trips to the Barnes Foundation downtown. A Bi-Co party was held at Bryn Mawr after Step Sing. And awards were given to 13 deserving Fords (including Lifetime Achievement Award winner Howard Lutnick ’83 and Kannerstein Award winner Hunter Rawlings ’66) on Saturday morning following a mimosa toast from President Kim Benston. As is tradition, Saturday night hosted dinners for each reunion class—some at local alumni homes, others on campus in tents or in the Dining Center.

In addition to catching up with old friends, attendees could choose from events that engaged with world events (such as Associate Professor of Political Science Barak Mendelsohn’s talk on “The Islamic State and al-Qaeda: A Troubled Relationship”) or history (such as Emeritus Professor of History Roger Lane’s talk on “Abraham Lincoln, As Seen From 2016”) or finance (such as the discussion with Harvard Business Review‘s Adi Ignatius ’81). The 18th annual Family Fun Fair provided cooling water ice, balloon animals, bounce houses, and a magician to entertain the weekend’s littlest attendees. And everyone enjoyed the newer tradition of a Music and Food Truck Festival on Founders Green, featuring alumni bands and a smorgasbord of yummy options from cupcakes and crepes to tacos and artisanal peanut-butter-and-jelly sandwiches. 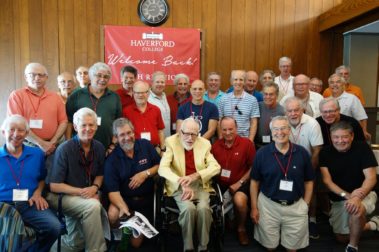 President Benston speaks at the Class of ’66 breakfast.

Associate Professor Barak Mendelsohn gives a talk on al-Qaeda and the Islamic State. 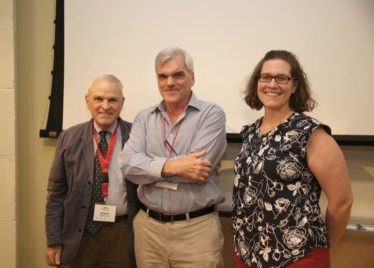 (From left) Russell Stetler ’66, Stephen Harper ’76, and Sarah Craft ’02 participated in the discussion “The Death Penalty and Haverford Values.” 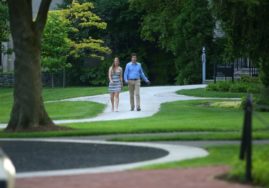 Amanda Zheutlin ’11 and Franklyn Cantor ’12 walk across campus together. 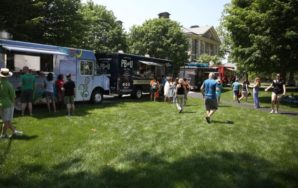 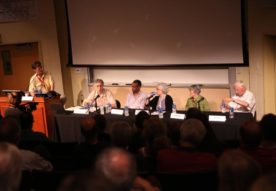 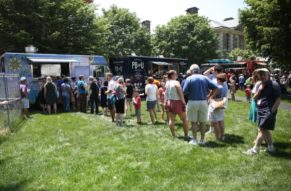 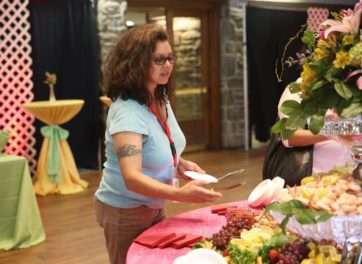 The Dining Hall was crowded during the Wine and Cheese with Faculty Reception.

Socializing before the class dinner.

The Band Joe Mama plays before the dinner under the tent on Founders Green . 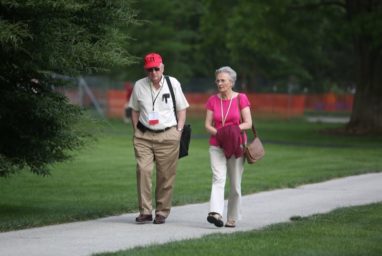 Ed Hatch ’61 and his wife Elke walk across campus during Alumni Weekend. 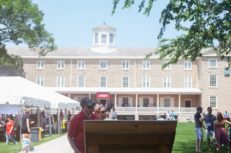 Checking out the poster explaining the renovations to the old gym.

Elliot Suchin ’91 and his family showing Haverford pride at the outdoor photo booth. 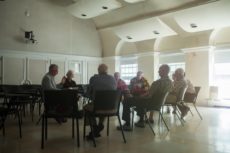 The Class of 1951 discussion 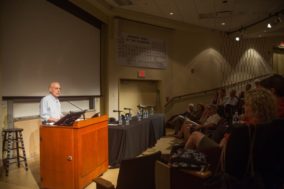 Professor Emeritus Roger Lane on “Abraham Lincoln, As Seen from 2016” 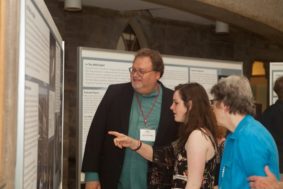 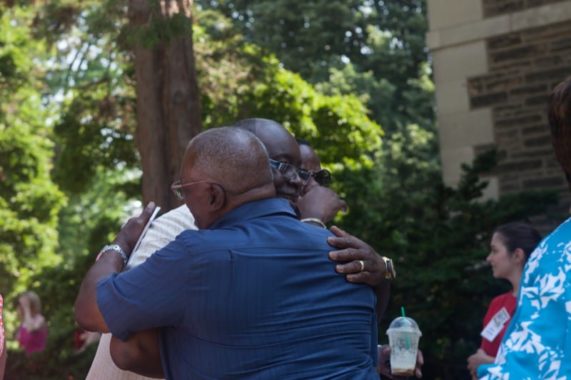 A reunion before the alumni awards presentation.

Memorializing the reunion with class portraits: 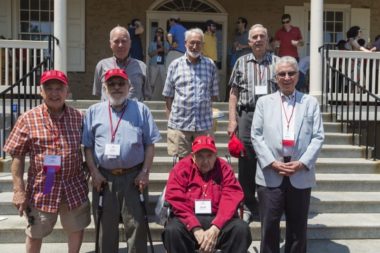 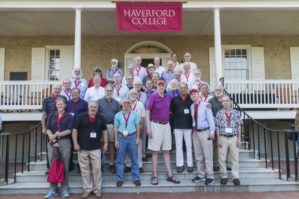 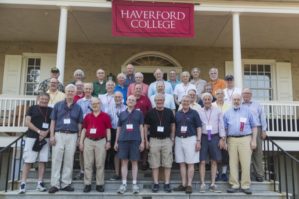 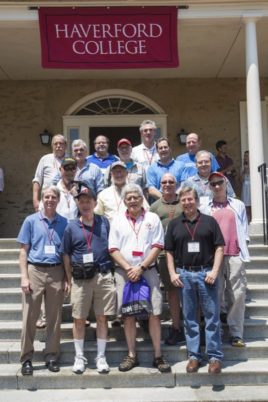 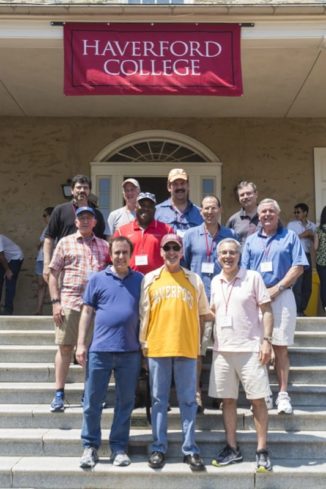 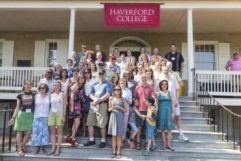 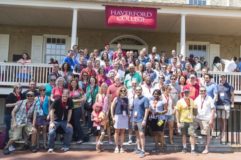 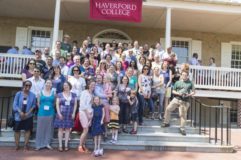 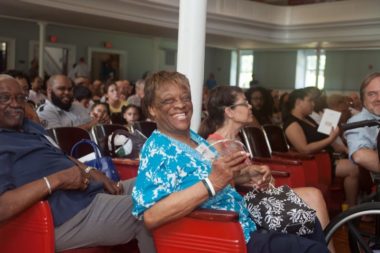 Marilou Allen with her Friend of Haverford College Award

The eldest daughter of Marilou Allen accepts the Friend of Haverford College Award on behalf of her mother.

Douglas H. Johnson ’71 (center) was the winner of the Haverford Award for Service to Society. 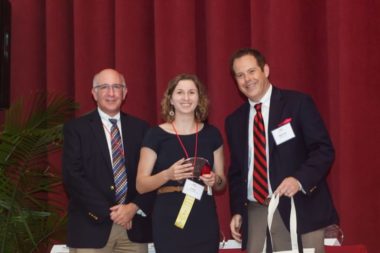 Hunter Rawlings ’66, P’93 receives the Kannerstein Award for Sustained Service to the College . 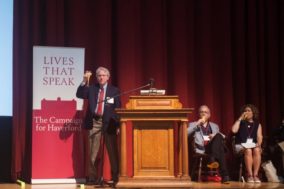 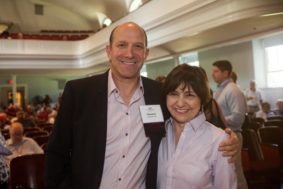