Carl Van Vechten: O Write my Name—Portraits of the Harlem Renaissance and Beyond, an exhibit drawn from the Haverford Fine Arts Photography Collection’s portfolio of 50 photogravures by the titular photographer, critic, and Gertrude Stein literary executor, opened Friday in Magill Library, marking the first time ever the College has shown this work in its entirety. The exhibit includes not only the portraits, but also rich trove of books, letters, manuscripts, and related artwork by the artists and writers whom Van Vechten photographed, including letters and books by Langston Hughes and artwork by Jacob Lawrence. 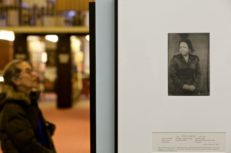 A first edition of Zora Neale Hurston’s “Mules and Men” 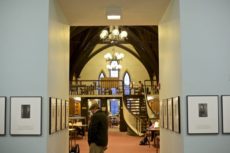 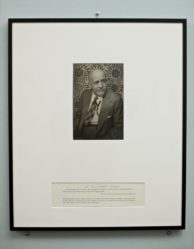 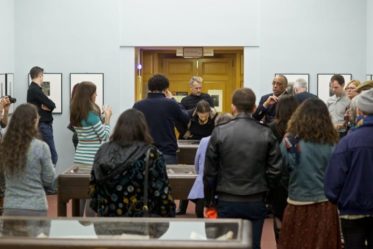 Van Vechten, who began his career not as a photographer, but a writer and critic for The New York Times, was a proponent of the avant-garde and saw African American cultural expression as an influential component of it. Beginning in 1932, he used his Leica camera to document diverse Western cultural figures from Gertrude Stein to Alfred Stieglitz. During his lifetime, Van Vechten made over 15,000 photographs, the majority of which are portraits that he made in his home studio. He sought to photograph every important cultural and artistic figure from the Harlem Renaissance and beyond.

The African American portraits that line the walls of the Sharpless Gallery are some of Van Vechten’s most personal and memorable images. Come see them for yourself before the show closes on Aug. 19.