Last weekend was Haverween, one of two annual ultimate tournaments hosted by Haverford’s men’s team, Big Donkey Ultimate, and the Bi-Co women’s team, the Sneetches. As in years past, alumni from both teams returned to campus to reconnect with with good friends and fling some discs at the two-day event.

Haverween games were held at locations across campus, from Featherbed Fields to Merion Field. Both the current Sneetches and the current Donkeys advanced late into the tournament, but the large number of alumni who turned up to play for both teams could not be beaten. The alumni Sneetch and Donkey teams each walked away with first-place trophies, which, this year, were green lava lamps.

This year’s event was especially meaningful for the men’s team, which was celebrating its 30th anniversary. In addition to the weekend’s athletic events, which featured a Frisbee golf game in addition to the ultimate tournament, there was also plenty of time for catching up and socializing at a barbecue with current players and a banquet in Founders Great Hall.

And our photographers were there to capture it all. 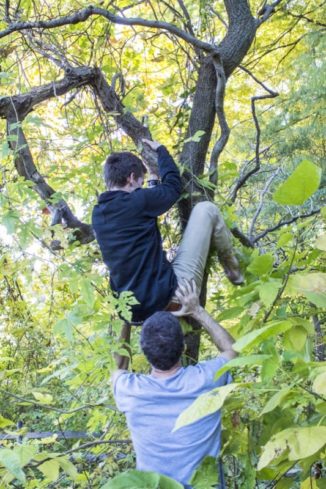 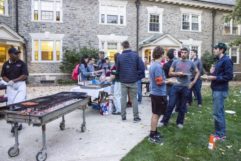 Relaxing at the alumni/student barbecue 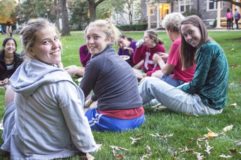 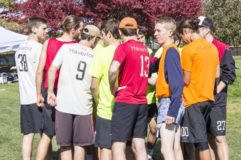 The current men’s team gathers in a huddle 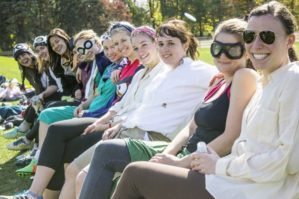 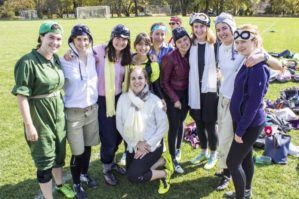 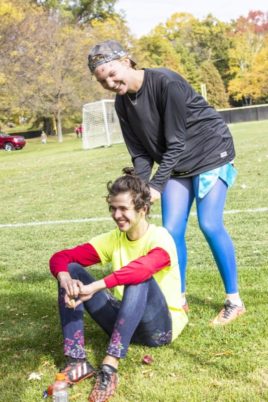 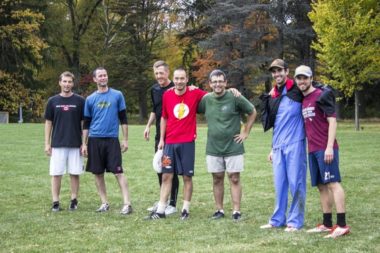 The older alumni ultimate team gets ready before their game against the younger alumni.

The Donkeys at the end of Saturday’s games.

Alumni and current students sit together together for the Ultimate Frisbee 30th Anniversary Dinner in Founders Great Hall.*

The Frisbee golf game started at Llyod and looped around the Duck Pond. 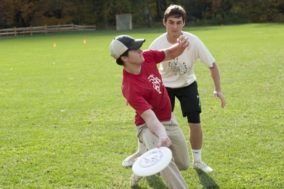 Ben Hart ’16 passes in the game against Villanova. ** 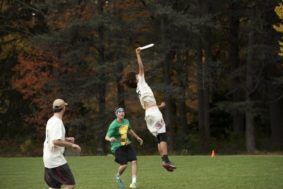 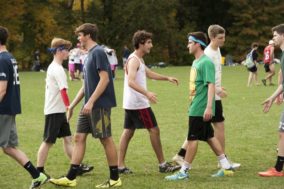 Sophomore T.J. Von Oehsen, sophomore Daniel Sax, and senior Gabe Rybeck shake hands with Villanova after beating them in the semi-final round. ** 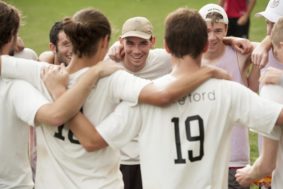 Senior Jeremy Steinberg joins his teammates in a huddle after their semi-final win against Villanova on Sunday afternoon. **

Still want more Ultimate? A full history of the sport at Haverford is available in the College’s newsroom and a photo gallery of past teams ran on the Haverblog before the tournament.