On Friday, Sept. 4, campus’ Cantor Fitzgerald Gallery kicked off its 2015/16 season with the opening reception for The Past Is A Foreign Country, the the first solo exhibition in North America by the Ivorian artist François-Xavier Gbré. Gbré’s photographs survey relics of the built environment, from the ruins of colonial-era monuments to the futurist symbols of the cosmopolitan city. And this show, which was curated by Brendan Wattenberg ’06, features site-specific installations of immersive wallpaper prints and a chronicle of more than 50 buildings and civic structures throughout West Africa and France. 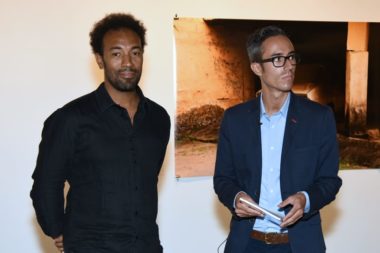 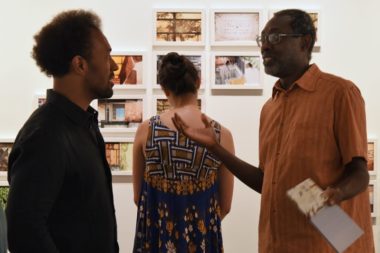 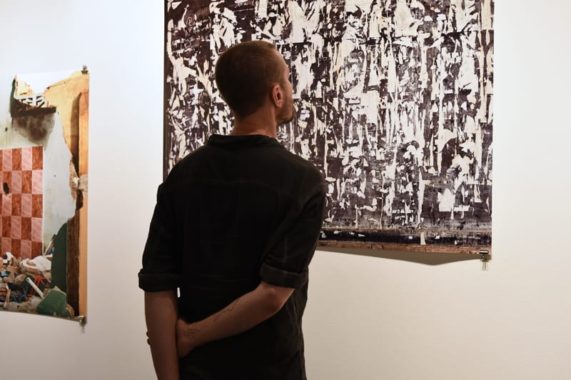 Though the exhibit officially opened to the public on Aug. 28, the well-attended reception (for more than 200 guests) was held a week later in conjunction with a gallery talk by Gbré and Wattenberg, who is the director of exhibitions at the Walther Collection in New York City. The Past Is A Foreign Country will be up in the gallery through Oct. 9.