Last weekend we welcomed more than 900 former Fords, friends, and family to campus for Alumni Weekend 2015. Over 600 people traveled from 33 states, and some of our visitors came from as far away as Puerto Rico, Canada, Italy, the Philippines, Switzerland, and Australia for the weekend’s dinners, talks, panels, awards, parties, and more!

Amidst the annual events, like the Family Fun Fair,  this year’s celebration was the first to feature a Food Truck and Music Festival, starring the George Urgo ’08 Blues Band alongside tacos, Brazilian barbecue, and hot dogs from some of Philadelphia’s best mobile eateries. The weekend also provided another chance for alums to view the Lives That Speak movie, directed by Ben Hickernell ’00, which has been screened at campaign kickoff events across the country and will be released online later this year. There was also memorial service for John C. Whitehead ’43, former member and chairman of the Board of Managers and devoted alumnus; a fun run/walk hosted by the Class of ’90, a dessert party soundtracked by alumni band Broadside Electric; and even a celebrity sighting (Daniel Dae Kim ’90, star of Lost and Hawaii Five-0).

For more details of the weekend’s events via social media, read our Storify account of Alumni Weekend 2015. 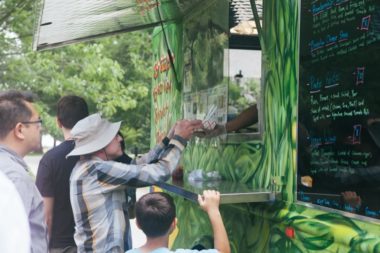 The Food Truck and Music Festival was a popular event.

Broadside Electric playing at Dessert Under The Tent

Classes of ’95 and ’00 Drinks and Ultimate Frisbee

Classes of ’95 and ’00 Drinks and Ultimate Frisbee

Emeritus Professor of History Roger Lane gives a talk to a packed auditorium on “150 Years After: The Legacy of Abraham Lincoln.”

The Lives That Speak screening 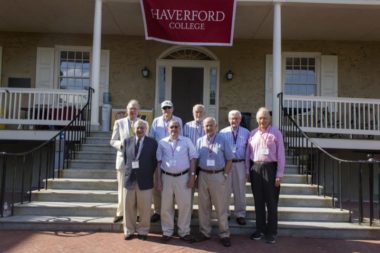 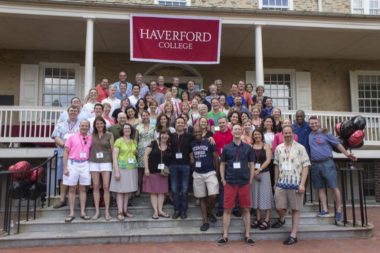 The Class of ’65 panel “Ethics and Social Awareness Since 1965: How the Haverford Experience Affects Our Views”

President Dan Weiss addresses the Class of ’65 at a breakfast 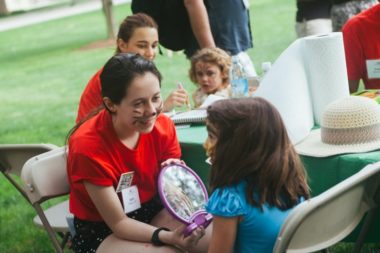 Enjoying music and food trucks with their kids