Last weekend Haverford welcomed back family, friends, and alumni to join the campus community in an event that combined the annual Friends & Family Weekend with the inaugural Young Alumni Homecoming and a kickoff of the College’s capital campaign, Lives That Speak. Celebrating the Haverford Difference, as the weekend was called, was three days of alumni panels, art openings, celebratory meals, open houses that offered a glimpse of “the future of Haverford,”  and a screening of a new film about Haverford by Ben Hickernell ’00. The weekend also included a memorial service for former College President Tom Kessinger ’63.

The weekend also featured big news: Board Chair Howard Lutnick ’83 announced his unprecedented gift—the largest in the College’s history—of $25 million to to substantially renovate the library. (Watch the gift announcement and Lutnick’s speech below.)

The weather was beautiful, the fall foliage was at its peak, and spirits were high among the over 800 attendees. See for yourself. 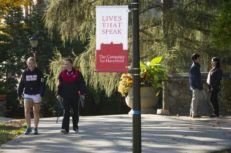 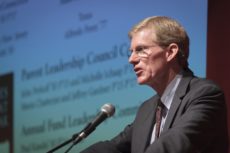 Charley Beever ’74, campaign co-chair, spoke at the launch of the Lives That Speak campaign. 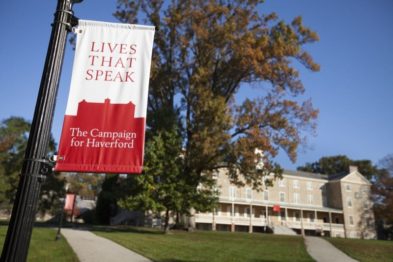 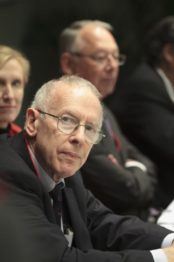 Joel Lowenthal ’59 P’12 on the Haverfordians in Medicine panel. 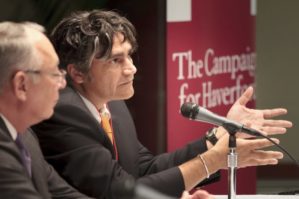 Steve Larson ’83 on the Haverfordians in Medicine panel. 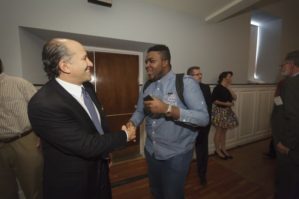 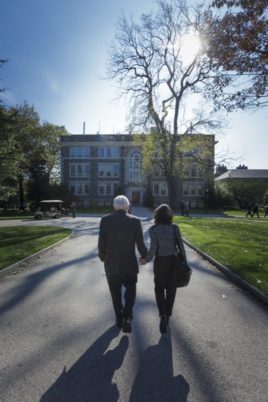 Olga Briker (Institutional Advancement) and Lee Harper ’50 walk through the campus on a beautiful fall day. 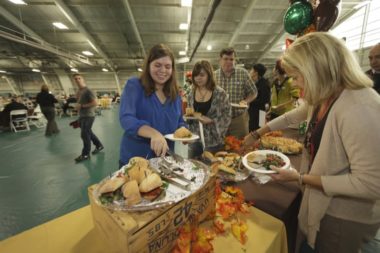 The community luncheon in the Field House.

Thomas Spray ’70 on the Haverfordians in Medicine panel.

Dr. Kari Nadeau ’88 on the Haverfordians in Medicine panel. 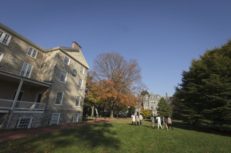 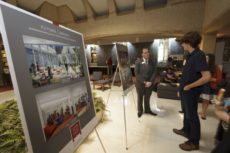 The tour of the Future of Haverford open house comes to the library. 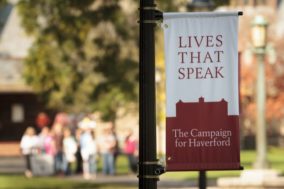 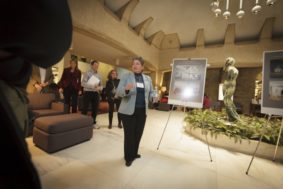 Librarian of the College Terry Snyder talks through plans of the library’s renovation as part of the Tour of the Future of Haverford event. 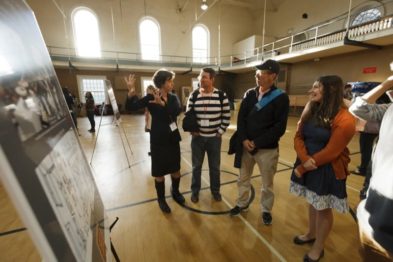 Koshland Director of the HCAH and Associate Professor of English Laura McGrane talks about the planned transformation of the old gym, which will become a center for visual culture, arts, and media. 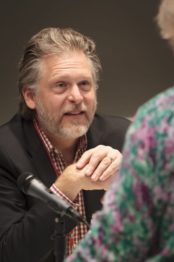 John Sassaman ’87 as part of the Haverfordians in Policy and Human Services panel. 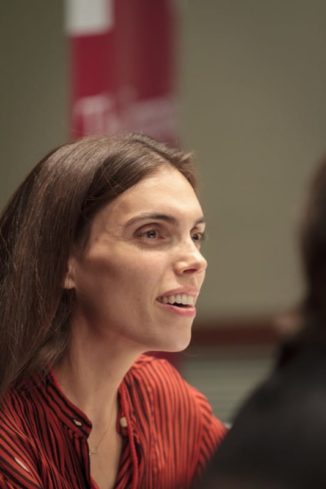 Sara Slocum ’98 on the Haverfordians in Policy and Human Services panel. 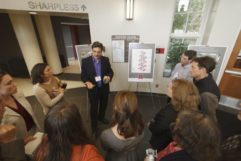 Associate Provost for Faculty Development and Support and Professor of Biology Rob Fairman in Sharpless Hall during the Tour of the Future Haverford open house event. 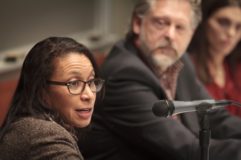 Samantha Phillips Beers ’84 on the Haverfordians in Policy and Human Services panel. 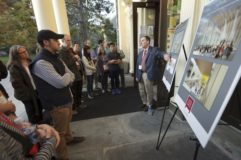 John C. Whitehead Professor of Music Richard Freedman explains plans for Roberts Hall as part of the Tour of the Future Haverford. 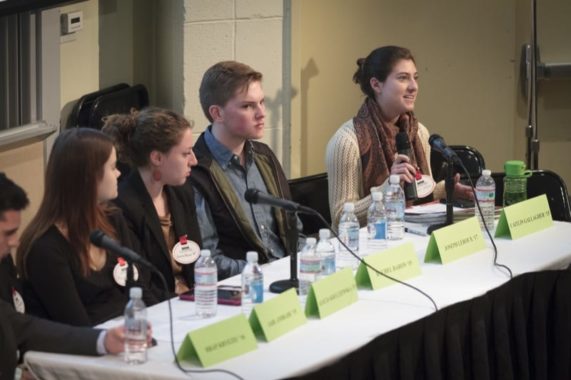