Last weekend (Oct. 29-30) was Friends and Family Weekend here on campus. It was a flurry of activity—from three different art shows in our galleries to talks, meals and classes that students could attend with their guests—and not even Saturday’s surprisingly early first snow could chill the experience.

A highlight of the weekend was a talk by Howard Lutnick ’83, Chairman and CEO of Cantor Fitzgerald and vice-chair of the Haverford Board of Managers, who shared his story of resilience, rebuilding and triumph after losing 658 of his employees in the attacks on the World Trade Center. Lutnick spoke to a packed house in the Calvin Gooding Arena of the Douglas B. Gardner ’83 Integrated Athletic Center about wanting to support the families of the employees he lost (which included his brother Gary and his best friend Douglas Gardner, the building’s namesake) and rebuilding his company in the wake of devastating tragedy.


“What’s the nicest compliment I get these days?” he asked the crowd of students, their families and other members of the Haverford community toward the end of his talk. “I hire the children of people who lost their lives who worked for us on September 11. I think that means that we worked hard to have a great relationship with the widow or widower of that family and that they think highly enough of us that they would allow their children to come work for us… The fact that a 22 or 23 year old is willing to come work where their mother or father was killed, that is the greatest compliment. It is my objective that if any and all of them want to come work for us, that we’ll find a place for them.”
Watch his speech in its entirety below. Download the Transcript 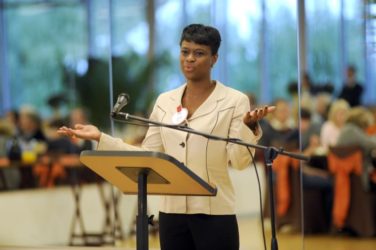 Howard Lutnick at the 1833 Society Breakfast 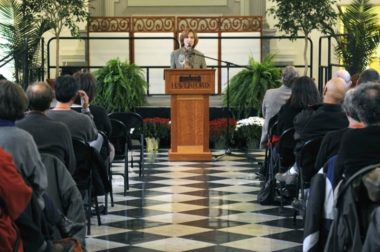 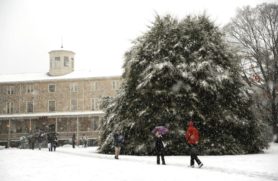 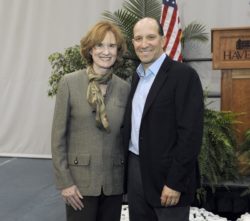 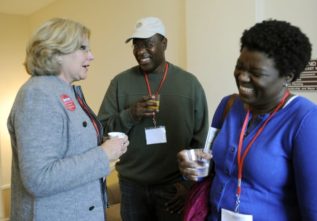 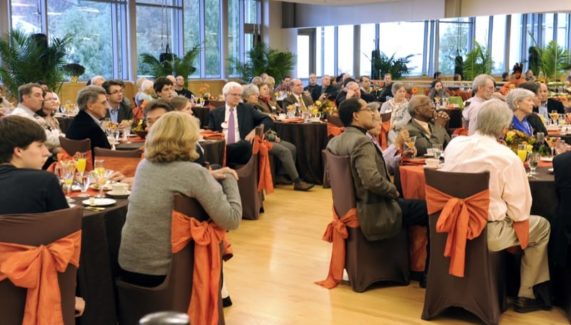