How can you be superstitious about Friday the 13th when it’s Pinwheel Day? Campus woke Friday morning to find Founders Green festooned with brightly colored, spinning pinwheels, as is tradition on the first warm, spring-like day of the year. The first official day of spring was back on March 20, but since we’ve seen snow several times since then (as recently as April 2!), it sure hadn’t felt like it. So this year’s Pinwheel Day, during which temperatures climbed into the 80s, felt especially well earned. And students celebrated by sunbathing, lounging, painting, eating, tossing a ball or a Frisbee, and playing music on the Green.

Where do the pinwheels come from every year? Who disseminates them across Founders Green in the dead of night? And who started the now-beloved tradition? Half the fun is the mystery of it all! The tradition seems to be at least 20 years old. We’ve had alumni commenters take credit for starting Pinwheel Day as far back as 1985 and others who’ve noted its absence during their college years in the early ’90s. We may never know the real origin story, but we do know that when you walk towards Founders Hall on a sunny April morning to find the lawn covered in pinwheels that spring has finally sprung. 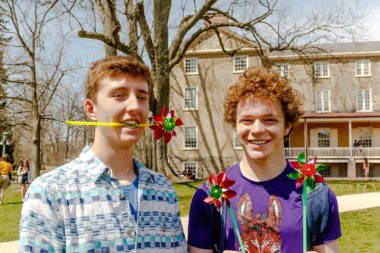 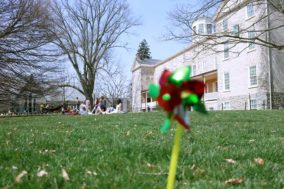 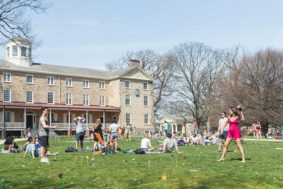 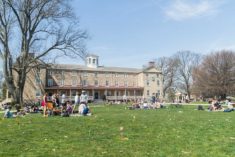 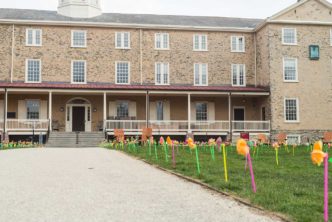 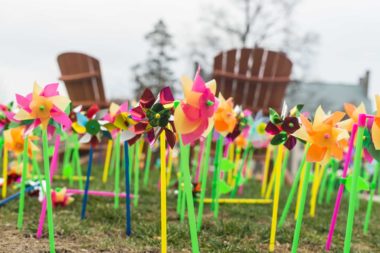 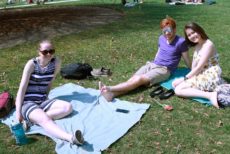 Students on the Green. Photo by Kagan Harris ’21. 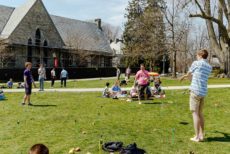 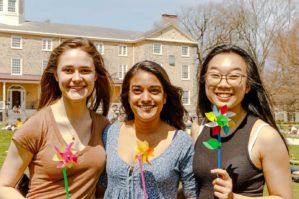 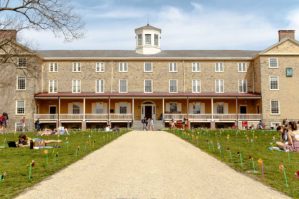 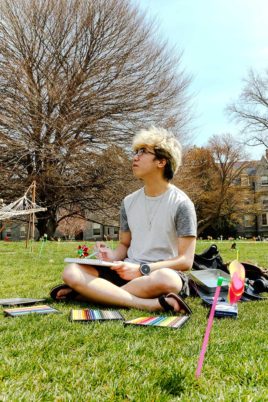 A student sketches in their notebook. Photo by Dex Coen Gilbert ’21.

A professor holds class outside. Photo by Dex Coen Gilbert ’21.

Nava Kidon ’18 on an assignment for art class. Photo by Dex Coen Gilbert ’21. 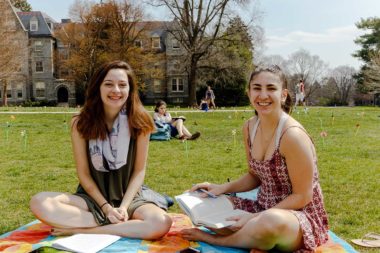