Every year, in the dead of night, the Koshland Integrated Natural Sciences Center (KINSC) gets an April Fool’s Day makeover. For the past 10 years, senior natural sciences majors have celebrated April 1—or 2, as was the case this year—by blowing off some steam with a brief foray into interior decoration, festooning hallways and classrooms with themed posters, banners, and other homemade decorations.

This year’s designs included biology’s homage to the classic Pixar children’s film Toy Story, chemistry’s Game of Thrones-themed tour of Westeros and beyond, math’s trip inside Willy Wonka’s Chocolate Factory, physics’ journey to Mars, and psychology’s recreation of Stranger Things‘ Hawkins, Indiana (replete with string lights for communicating with the Upside Down). 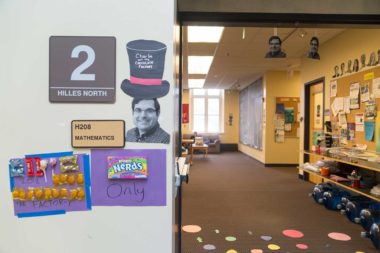 Math majors turned their part of the KINSC into Willy Wonka’s Chocolate Factory.

Math majors had the most delicious theme.

There was a lot of “pure imagination” required to turn the math department into Willy Wonka’s Chocolate Factory.

Biology students turned this seminar room into Pizza Planet, the space-themed restaurant from Toy Story where Buzz Lightyear and Woody met the aliens.

Toys from Toy Story thanks to bio majors. 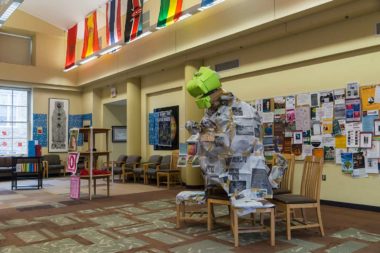 A giant Rex the T-Rex made by bio majors. 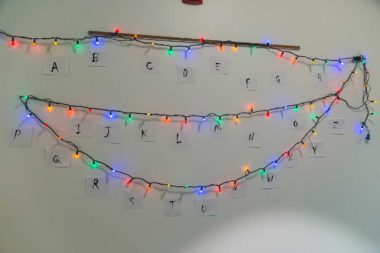 Psychology majors are ready to communicate with the Upside Down.

The missing professors of the psychology department, just like in Stranger Things.

The physics majors made robots for their Mars theme.

There were robots in the physics department’s Mars decorations.

Physics majors prepared for a journey to Mars. 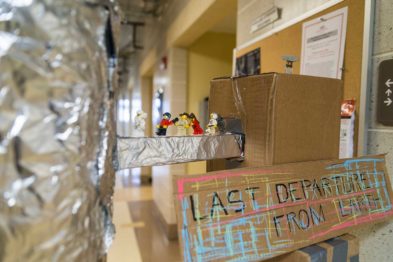 Lots of Lego people made it onto the last departing shuttle for Mars. 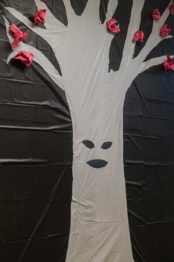 Chemistry majors even made a weirwood tree for the KINSC. 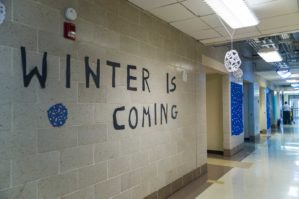 An appropriate warning on this snowy spring day from the chemistry majors. 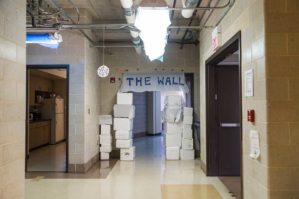 Chemistry’s tour of Game of Throne locations included the Wall. 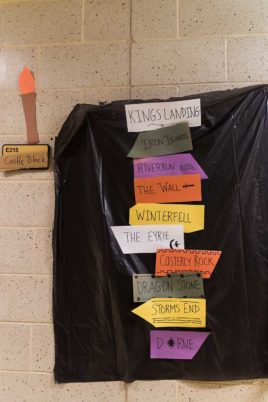 The chemistry majors’ theme was Game of Thrones. 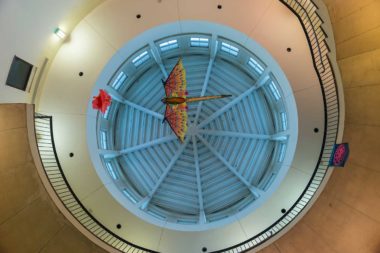 A dragon flew overhead in chemistry major’s version of Westeros.

A Game of Thrones raven perched on a real tree in the KINSC. 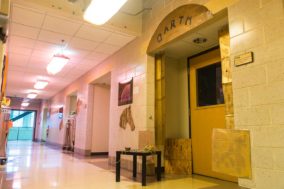 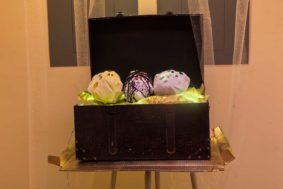 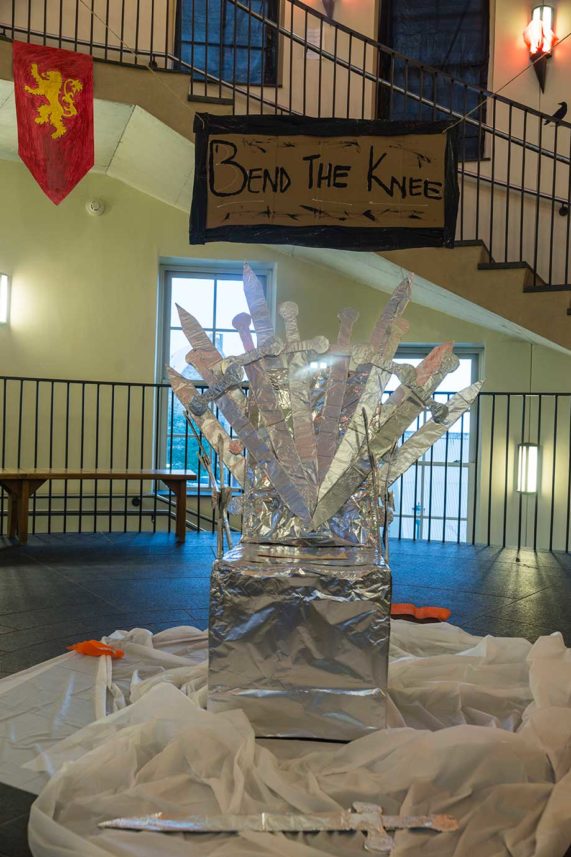 Chemistry students made an iron throne in Zubrow Commons.