For the last few years, a new food justice movement has taken shape at Haverford College.

Hiba Dhanani ’14, a current Haverford House Fellow, recognized this, and in conjunction with the Center for Peace and Global Citizenship, hosted a Food Justice panel in Sharpless Auditorium to celebrate World Health Day, which was last week on April 7 at KINSC. The panel included Heidi Witmer ’02, the executive director of the Leadership Education and Farming (LEAF) Project; Alanna Matteson ’15, who spent last summer creating the new HaverFarm, and Adriana Cvitkovic ‘16, a representative from the ETHOS food justice initiative.

Before and after the panel, local, food justice-oriented eateries were invited to showcase some of their delicacies. Ella’s in Wayne catered locally-sourced food for the reception. Food justice is a complex issue starting with the notion that “food is a basic human right,” but also includes looking at the production side of farming and ensuring that farm laborers receive fair compensation for their work.

ETHOS has started a number of projects over the past year to engage the community about these issues. They have spoken with the Dining Center about increasing the percentage of food that is bought from local and approved vendors; organized a screening of the movie Food Chains, which looks at the condition of farmers in Immokalee, Fl., and created a massive thank you card for the Dining Center workers with hundreds of student signatures. Last Summer, Matteson, with the assistance of some community gardeners and the CPGC, took a plot of weeds behind the Facilities Building and turned it into a lush farm. After its first season, Matteson gave out the food to staff and students, but there was so much that the extra had to be given to a local food pantry!

Dhanani, also a case manager at the Project HOPE health clinic for the homeless in Camden, N.J., is passionate about issues of food justice. She reflected that she loved the “momentum” that was building on campus around the issue and hopes to see more of it. 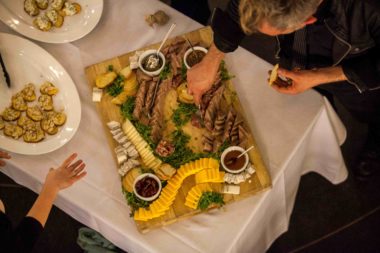 Students and others enjoy locally sourced food from Ella’s in Wayne, Pa, at the World Health Day event.

Students enjoy the reception, catered by a local bistro.

Students mingle at the reception in KINSC before the panel begins. 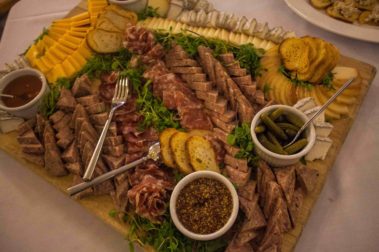 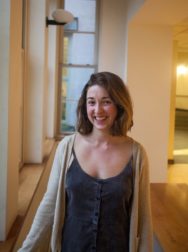 Alanna Mattson ’15 speaks at the panel. 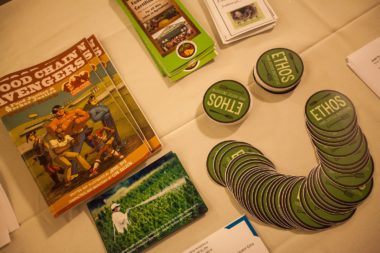 ETHOS stickers and literature are displayed. 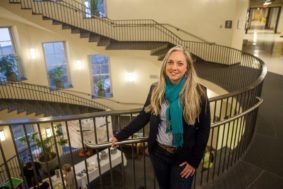 Heidi Witmer ‘02, with the Leadership Education and Farming (L.E.A.F.) Project, returns to campus for the World Health Day event. 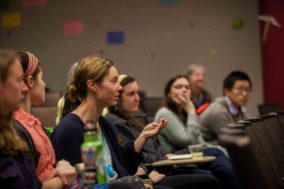